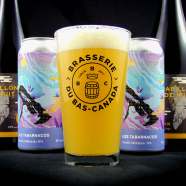 Posted by beerism on November 12, 2018 in Beer Reviews | Leave a comment

I can’t believe Brasserie du Bas-Canada has only been around for a year. In this short period of time, they have brought a rather contemporary angle to the Quebec hoppy beer scene; something some would argue was lacking. I’m not always huge on fruited or Milkshake IPAs, but these modern interpretations are loved by many and certainly have their place in the hoppy landscape. And most importantly, Brasserie du Bas-Canada are simply making great beer; over and over. Los Tabernacos (their Milkshake IPA) is not only one of the only examples of the style that I can enjoy, but I actually seek it out when it hits stores. That’s actually saying a lot for me.

That said, Brasserie du Bas-Canada are not only producing adjunct-infused madness, or intense New England inspired haze, they have released an amazingly clean Pilsner, an American porter, and most recently, a bourbon barrel-aged imperial stout. Their line-up has generally been a beer-geek’s wet dream, and the hotness just keeps coming.

This coming weekend, Brasserie du Bas-Canada is hosting a bottle and can release for their first anniversary:

Five brand new beers will be available for purchase to go. Each one has been announced separately over the last few weeks as a tease of things to come – but the full list is now available.

For absolute freshness, several are in the process of being canned now, but I was lucky enough to receive a couple of samples so that I could give you my thoughts. Here we go! 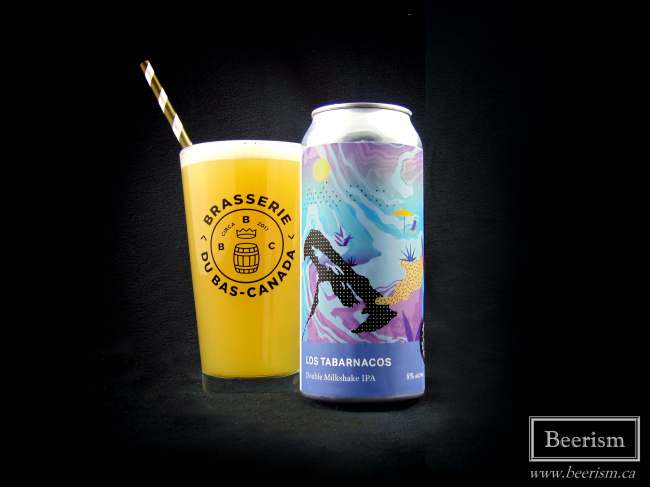 As mentioned above, their standard Los Tabarnacos is one of the only Milkshake IPAs that I enjoy. This brand new iteration is a Double, brewed with mango and their usual toasted coconut (in place of vanilla). And of course, lactose.

The nose is a massive juice bomb, throwing huge zesty citra and mosaic aromatics at my senses. The mango is there as well, adding more fruity fun to the mix. Then comes the coconut, further sweetening this surprisingly inviting nose.

The palate delivers the same layers. Again, loads of hops dominate, providing tangy and citrus-forward flavours that burst with vitality. The mango is certainly a flavourful component, but it’s not too aggressive, adding just the right amount of fruit to balance and not overpower the hops. This drinks like an actual DIPA, not a glass of fruit juice. Just like in the standard Los Tabarnacos, the coconut adds a fun essence of sweetness without the actual sugar, along with some nutty complexities. The lactose however, provides extra sweetness and a fuller body as usual (a touch too much sweetness for my tastes actually, but that’s the whole point of this beer).

Even though this beer is on the sweeter side, it finishes pretty dry and actually quite clean – all things considered. For a beer that sounds like the kitchen sink, it surprisingly works well, being subtle where it needs to be (lactose, fruit addition) and in your face in the places I like (hopping rates). It’s certainly not something I’d have more than one of, but I’d seek this out again, and I’d be curious to see what variants come out down the line.

Papillon de Nuit is an American Barleywine aged in both bourbon and rye barrels. I was very excited to see this on the list.

The nose is an amazing balanced blend of rich caramel malts, floral hops and big bourbon vanilla notes. It’s layered and complex, without coming off too aggressive or muted. Some earthy oak character delivers tannic aromatics that lead into inviting red fruits. Sugar pie and apple crisp come to mind.

The palate matches, but is on the fruitier side. Upon first sip, it comes off a bit sharp, with an ethanol induced finish coupled with some hop bitterness. However, this subsides as it opens and my palate adjusts.

Lots of stewed stone fruits mix with caramel and fresh figs. The hops add a zesty quality here, livening things up and cutting through the sweetness. The barrel is quite apparent as well, adding a layer of vanilla bourbon sweetness, along with subtle oak tannins – further drying things out.

The finish is actually quite dry despite the flavour profile, ending with a pretty clean bitterness and some lingering booze burn. The body is nice, but not sticky or cloying. Really, another well executed offering, and one very much up my alley.

So, if you are free this Saturday and want to make a day trip to Gatineau, I’m pretty sure that you’d enjoy bathing in some of the fantastic offerings that Brasserie du Bas-Canada will be releasing. I can’t speak to everything, but these two bad boys certainly surpassed my expectations. Cheers!

← A Guide to Brasserie Dunham’s Fall 2018 Bottle release! Brasserie Harricana Celebrates Their 4th Annivesary with a Party and a Bottle Release →