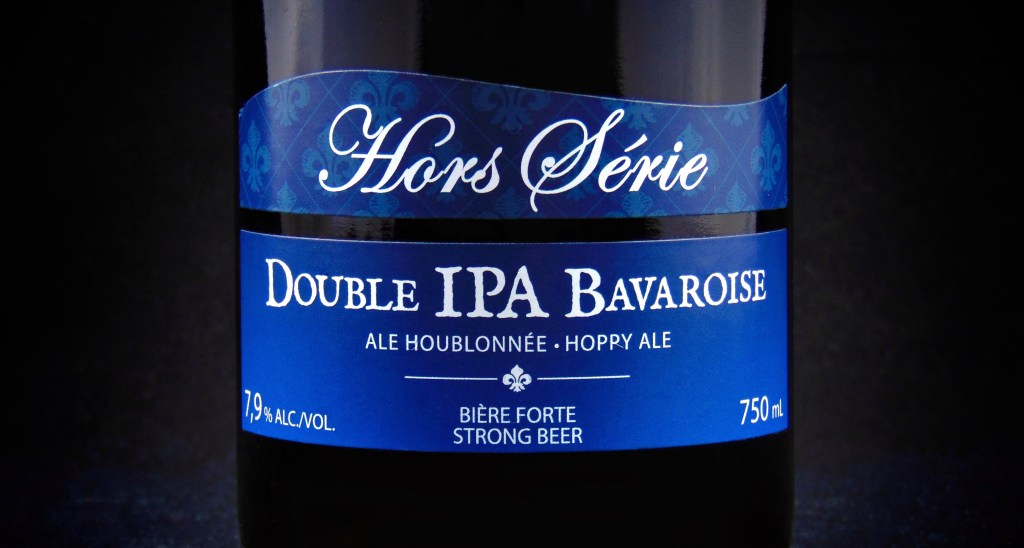 Québec has historically been a bit behind the times when it comes to hop forward beers. I first started getting into craft beer about six years ago, and at the time there wasn’t much that fell into the American IPA spectrum within Québec. A few examples existed, but nothing in comparison to our American friends to the south (and not nearly as good, either). This however, is changing. 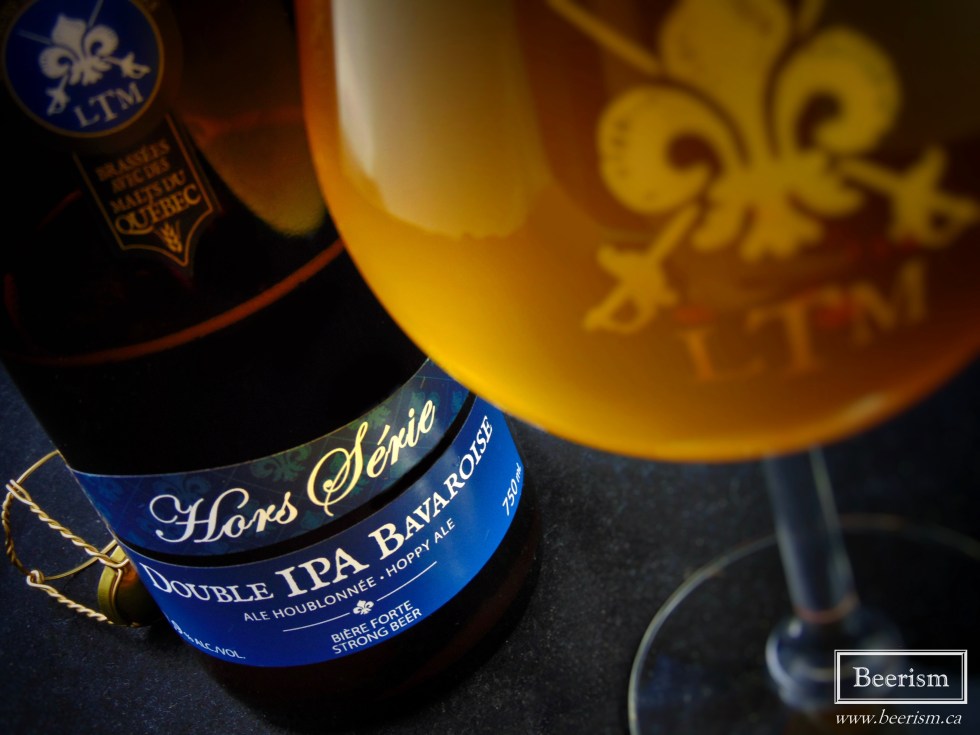 Even today, if we were to compare Québec’s hop scene to what’s happening down south, we are outnumbered by a long shot in abundance and quality. That being said, there are a handful of breweries who are making some exceptional hopped-up creations. Recently, Brasserie Auval (Québec’s new wonder-brewery) released three IPA’s that can rival some of the best of the south. Maltstrom came out of left-field shortly after, dropping IXPL des Prairies, a hopped up lager that drinks like a killer Juicy NE IPA. It’s fucking incredible.

Then there are the breweries who have been at it for a while. Le Castor‘s Yakima and Dieu du Ciel!‘s Moralité have been our refrigerator staples for a few years now, but with the communal palate shifts towards more hazy North East style IPA’s, people seem less excited about them. As well, the sheer fact that these beers are available makes them automatically less sought after – a sad reality in the craft-beer scene. Scarcity creates hype.

This brings us to Les Trois Mousquetaires, who last year finally released a regularly available IPA. This hazy and juicy beer was something that the Québec beer scene was patiently (or perhaps impatiently) waiting for. Most of us were very happy with it. Then, for their annual Double IPA bottle release, they changed things up from previous years, using their newly cultured “hazy” yeast strain in order to create this year’s batch. It was pretty spectacular, but sadly only available once.

Now, starting this week, LTM is releasing Double IPA Bavaroise! As usual, instead of me trying to give you specifics, I figured I’d ask the man who engineered it to give us a run-down: the amazing Alex Ganivet-Boileau (head brewer for LTM):

“The annual bottle release of our Double IPA is some kind of monster now. It’s growing every year. We have a lot of demand for distributing this beer but it simply wasn’t possible for the last 4 years, and I cannot foresee a near future where this exact recipe will be available in retail. There is simply too many rare hops in it. For example, Amarillo hops are sold out until 2021 if not contracted. Obviously we already have a contract, but quantities are small. If we need more, we have to trade or buy it second hand, which means higher prices and sometimes bad quality. We don’t want to compromise and be the type of brewery that downgrades the quality of a beer in order to sell more.

So, long story short, we were thinking about how we could distribute something similar to the Double IPA while also being different enough so that the interest for the annual bottle release wouldn’t disappear. This is when those new German hops came into play. In 2015, we brewed an IPA-inspired beer with Huell Melon, Mandarina Bavaria, Polaris and Hallertau Blanc for the 10th anniversary of the Oktoberfest de Repentigny. When it was fresh, the beer was kinda ok. Good but not great. But we noticed that after a few weeks, and even a few months, the “IPA Bavaroise” kept getting fruitier and fruitier, which was a surprise because normally this flavor profile tends to fall quite fast in IPAs brewed with big American hops. The taste of those hops was interesting enough for us to want to brew with them again. And while being at it, why not amp it up a little bit, hey?

So yeah, this is how we decided to brew a Double IPA with Bavarian hops. We are fully aware that we are pushing the boundaries of the style. I can already hear the hordes of beer geeks complaining about the fact that it doesn’t taste quite like a Double IPA. *rolling eyes* … Please, just don’t expect a Citra or Amarillo signature in a beer that does not contain any! Even if your brain is having a hard time associating the term ”double IPA” with a different flavor profile! The reason we decided to identify it as a double IPA is because it’s basically the same amount of hopping in the recipe, both on the kettle side and in dry-hopping. But at the moment I’m writing these lines, the beer is still young, and with that amount of dry-hopping we did, it still tastes a bit green and is one-dimensional. But the big fruity melony sauvignon-blanc-y notes are yet to come and this beer will be amazing. Trust me.

It’s important for us to keep innovating. We were amongst the very first breweries in Québec to release a north-east style IPA last year. Now pretty much the majority of breweries are having a go at the style. And it’s a good thing, really! But I can already see that some beer enthusiasts are getting bored of this trend. When it comes to beer trends, there are breweries ahead of the wave, some are surfing on it, and others are swimming as fast as they can to follow the wave. Others are just watching from the shore, wondering if they want to swim at all. As a brewer, I have absolutely no interest in following waves. I just really really like the ocean.”

So, with that being said, let’s drink this hoppy monster! DIPA Bavaroise pours out a bright orange colour, holding a very slight haze. The nose carries some dank and fruity hops, that coupled with sweet malts to create an orange confit, zesty lemon-drop thing. Some grassy and green components come through as well, but this is very tangerine and melon-forward all around.

On the palate, lots of orange rind and mandarin orange juice come through; it makes me think of Christmas clementines. It has a seemingly sweet presence, but is actually quite dry in the finish. The alcohol is perceivable right off the bat, alongside a lingering astringent bitterness that doesn’t seem to come from the hops.

Grapefruits, strawberries, honeydew melons, and stone fruits make an appearance, but the sweet orange presence really runs the show here. There is a tangy, slight herbal pine note as well, that adds complexity against all the fruitiness. Overall, Bavaroise has a richer, less bright flavour profile if compared to the standard LTM IPA. I think Alex is right, and this will be better with a few weeks on it.

I enjoyed this experimental take on a Double IPA and it’s use of non-traditional hops; they lend an interesting and contemporary character, creating different layers of flavour. The citrus orange elements are crazy. That being said,  I do find it a bit green still, and the astringency is sharp, lending a bitterness that I’m not a big fan of. I’m excited to see what this is like in a few weeks. I do recommend seeking out Double IPA Bavaroise (especially with a bit of time), but don’t expect the ultra bright hop bombs that you’ve become accustomed to from the last few LTM IPA releases. Instead, this is all together something else. Enjoy!

Alexandre and David opened @mellonbrasserie only a short time ago and their beers are already creating quite the following. They named the brewery Mellön after a mutual love for Lord of the Rings; which means “friend” is Elvish.
When the sun goes down tonight, The Chin Wag is back! @baospodcast @hopsandbros @nathandoesbeer @5ebaron
@bieresjukebox began 10 years ago as a small contract brewery, delivering some of the first American-influenced hop-forward beers that this province had seen. From there they evolved with the times, creating more contemporary styles and interesting concoctions over the years. That said, for their 10th anniversary, Jukebox is shifting directions and going forward they will be heading back to the basics and focusing on classic American beers. These are their three brand new beers! @bieresavantgarde
Exciting news today! For the first time Beerism will be offering original articles written entirely in French! And what’s even more exiting is that this content is being written by one of the francophone beer media writers I respect the most. @la.chopine delivers beautiful photography and exquisite tasting notes – she carries with her a seasoned and intimate knowledge of the beer scene, and will be writing with a particular emphasis on the Quebec City beer scene.
Tonight at 9:00PM we drink a special anniversary bottle from @5ebaron for The Chin Wag! Join @baospodcast @nathandoesbeer @hopsandbros and me for another fun chat.
This is “J’peux pas sentir ma face…”, a 14.5% imperial stout aged in rum barrels from the good folks at @bieresavantgarde
For the 25th episode of The Chin Wag we are going to be drinking “Trippy Rock” from @5ebaron and chatting all things cannabis! Join us live here on Instagram at 9:00PM Eastern. @nathandoesbeer @baospodcast @hopsandbros
Today @bierelagerbrau releases a brand new beer called Výčepní at @bieresavantgarde ! I’ll be there enjoying pints on their killer terrace!
@bgbrasserieurbaine released two beautiful bottles recently. First is FAUNE, a blend of mixed fermentation beers with no less than 5 different beer cultures from BG and @nanocinco . Following the blend, the beer was refined for 3 months in a barrel of red gin from the Distillerie @distillerie_stadacone
Going live at 9PM! @baospodcast @5ebaron @hopsandbros @nathandoesbeer
Did anyone have a chance to try my latest collaboration with @bgbrasserieurbaine ?
…After drinking sample after sample and trying to create blend percentages that incorporated several beers, we realized that there were two outliers that stood drastically above the rest. When combined, they were perfect and any new additions to the combo simply took away from it instead of the desired compliments. Ultimately, the end product consist of a big lactose-infused imperial stout, aged for 10 months in Jim Beam Bourbon barrels alongside a “double mash” Imperial Stout aged for 6 month in Widow Jane Bourbon barrels.
This is BLENDISM!!!
I can’t believe it’s been 4 years since @4originesbeer opened their doors for the first time.
@ministereipa is a side brand from @monsregius where they will be concentrating on all thing contemporary and hop-forward. This here is their first IPA callees “Décleration Iniciale”. Nose is tropical up front. Lots of mango and papaya cokes lol though on the aromas alongside amble zesty funk. The palate is zesty up front as well, with lots of very ripe fruits like mango and tangerine, while a bit of coconut-forward Sabro layers peek in. An ample body rounds things out, while the finish is a touch sweet, but still well balanced enough. I’m anxious to see the evolution of these beers.
Tonight live on Instagram! 9PM! Come check us out. Special guest @bebothoughts from @thirdmoonbeer !
@smallponybarrelworks has been the quintessential American inspired barrel-aged sour brewery of Canada ever since they opened their doors a few years back.
The Chin Wag again tonight. Live here on Instagram at 9PM EST with @baospodcast @nathandoesbeer and @hopsandbros - always drinking a @5ebaron beauty.
"C’est Juste d’la Bière" is a collaborative project between myself, @voxandhops , @hoppy_bitch , @baospodcast , @_la_canette_villeray_ and the amazing @bgbrasserieurbaine .