Boréale is at it again with the latest edition of their growing Épisode series of beers. The beers from this lineup are innovative creations by Boréale’s brewmaster, Gabriel Dulong. Brewed in small batches in a eight hectolitre pilot brewery, the Épisode project allows Gabriel to brew interesting, craft-focused beers without the constraints and production challenges of a larger brewery like Les Brasseurs du Nord.

According to Gabriel, the idea was to once again re-spark the beer community’s interest in Boréale. “I think people appreciate our regular Boréale products, but with the growing offerings from local breweries producing absolutely awesome beers, we needed to bring back the ‘wow factor’ Boréale had in its early years.” And, I believe to a certain degree they have accomplished this. After tasting his latest Épisode, I think this will certainly be the case going forward.

NE IPA’s or Northeast India Pale Ales are extremely popular at the moment. For those who don’t know what they are, imagine a beer that tastes a bit like pulpy orange juice in a glass; except there is no fruit added. the “North East” element comes from its origin in states such as Vermont and Massachusetts, where breweries like The Alchemist and more recently, Trillium, have perfected this fruited wonder-beer.

These IPA’s are extremely aromatic, with lots of late hop additions. They are unfiltered, and use a hazy yeast strain in order to add even more fruitiness to the mix. As well, they are often made with oats which lend a silkier and thicker body, adding to that fruit juice feel. Unlike the more traditional American IPA, these contemporary counterparts are far less bitter, relying instead on yeast attenuation to balance the beer properly. 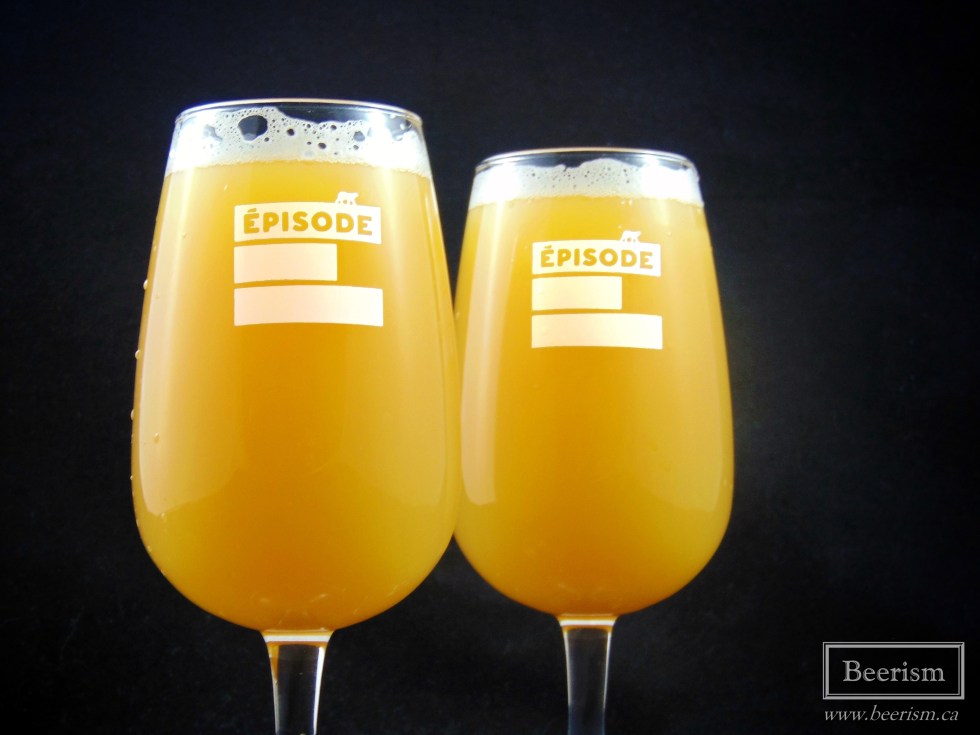 In 2016 alone, we have seen several Québec based breweries make their own versions of this sought out beer style. Les Trois Mousquetaires, Auval and Vox Populi are just naming a few, and I’m sure there will be a ton more this year. Being a NEIPA Fanboy, when I saw Gabriel post that he was making one for the next Épisode, I needed to try it.

The Épisode series is not being bottled at the moment. Instead, they are only available at several beer bars around Quebec (list right here). I got my hands on the first batch, which hit bars a few weeks back (and likely long gone at this point). However, batch 2 is on it’s way and should be available at the end of this week! With that in mind, let’s see how this bad boy actually tastes. 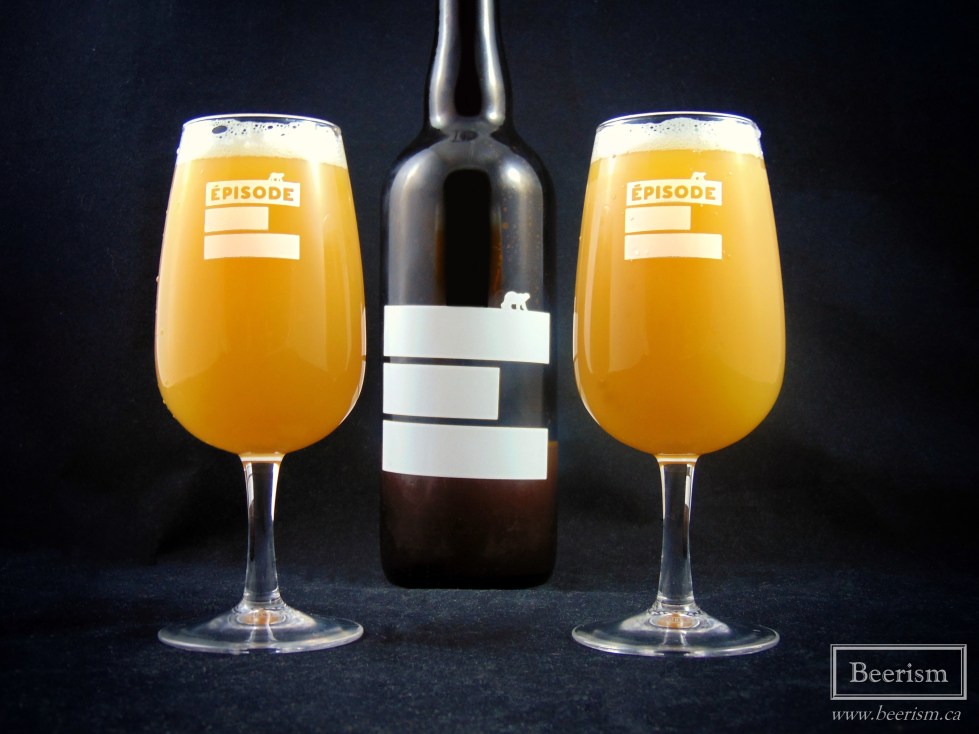 Although slightly muted, the palate matches the nose of the beer to a T. Where the nose was full of intensity, the beer itself is far more subtle. That being said, this juice bomb is still full of tropical delights, throwing big lemon, tangerine, and grapefruit at my taste buds after each sip. It has a nice funky and dank hop presence that carries a zesty and fresh resinous quality, which lingers on my palate.

The finish is the perfect level of bitterness. It’s not too intense, but there is enough to keep everything in check. The balance is also on point, with juiciness meeting a minimal malt backdrop, nice tangy hops, and that slight cutting bitterness.

If I had a criticism here, it might be to up the “juiciness” a tad, as it can come off just a tiny bit watery.  Also, there is a slight wheatiness in the finish that puts forth a bit of astringency. That being said, these two critiques are super minimal, and overall I’d say this is a wonderful example of the style. Gabriel pretty much nailed it! Congrats!