Now that 2021 is underway, it’s time to take a moment to look at the year to come. In Quebec as in the rest of the world, the last twelve months shook the beer scene quite considerably, but fortunately its still surviving, if not thriving. Things are constantly evolving, however, making it difficult to make any big predictions this early on. As such, what follows are a number of predictions based on trends we have already seen in Quebec throughout 2020 that will likely only become more prevalent as we move on to a new year. Of course, something random could come completely out of the blue (return of the Brut IPA anyone?!) and I’ll be eating my words, but maybe that should just be considered a challenge to any brewers reading to reinvent the
game! 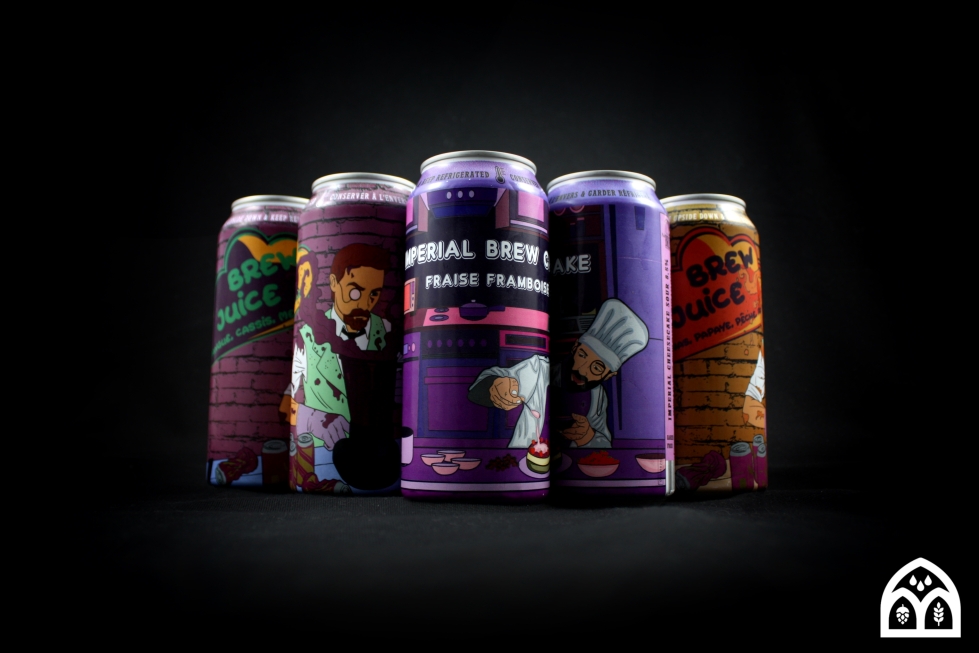 Love them or hate them, smoothies are very much here to stay. Almost unknown before 2020, they exploded (in some cases quite literally…) onto the scene last winter thanks to Pub Brewskey and Messorem Bracitorum, with the former’s Brew Juice fast becoming a weekly staple for many beer geeks. It’s clear there’s an insatiable market for these fruited beers that persists year round, so I can imagine we will see a lot more of them as this year unfolds.
But it won’t just be Brewskey and Messorem leading the way— many other breweries have started to play with smoothies and we will surely see many more pour onto the market in 2021, especially when the weather starts to warm up again. Expect a myriad of weird and wonderful flavours as the breweries attempt to top one another with the most outlandish recipes!
Meanwhile, there will also likely be some considerable experimentation within this as-yet-loosely-defined style, such as we saw with Avant-Garde adding the fruit before fermentation with their smoothie version of Frambo, or the smoothie-seltzer Eau de Mort recently released in growler form by Messorem. 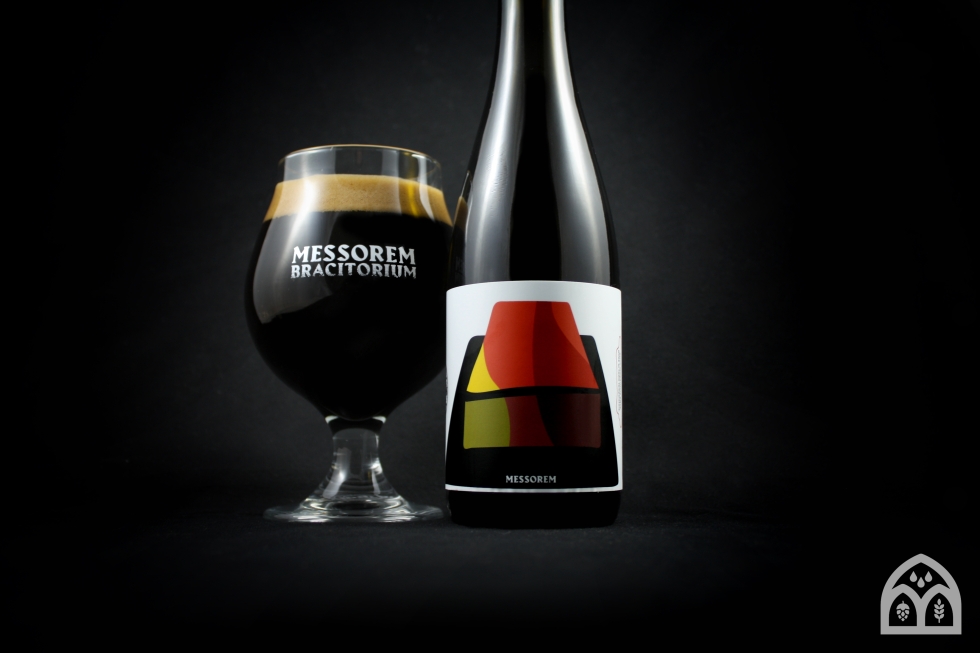 Like the smoothie sour, the Pastry Stout is not going anywhere fast. While Brasserie du Bas Canada undoubtedly still reign supreme as the masters of this style in the province, 2021 could well be the year that one of the many contenders close on their heels— the likes of Messorem, Brasserie Générale or Brasserie Sir John— finally steal the crown from Gatineau’s finest. However, with the new Bas Canada production facility in the works, who knows?! Now that the Pastry Stout is more established in Quebec, we will also likely see it go a little more mainstream. We’ve already seen some experiments with “shelfie” pastry stouts and will probably see a lot more in the months to come, although many of these may be end up being little messy as the brewers find their feet. As far as I can tell though, fans of sugary brews will have nothing to complain about in 2021!

In an earlier article, I dubbed 2020 the year of the lager, but with so much competition from the more splashy “trendy’” beers, for many beer drinkers this humble style got a little lost in the noise. I do think, however, that we will see even more lagers appear in 2021. Indeed, if the recent statistics posted by 5e Baron are anything to go by, they will be leading the way and filling the next twelve months with quality lagers, having already dedicated 27% of their production to different varieties of this style since their opening in March. Likewise, new breweries such as the contract brewers Lupulone and up-and-coming Mellön Brasserie (see below) are focusing almost exclusively on lagers, bringing even more variety to the crispy bois available on the shelves.

Last but not least, I predict we will see Pale Ales become far more common, perhaps even giving the ubiquitous IPA a run for its money. As beers get bigger, bolder and sweet, consumers are also turning towards brews which offer great flavour and a relatively low ABV. Pale Ales are often an excellent compromise, offering all the notes you want from an IPA (especially the DDH Pale Ales), in a package that often sits more around the 5% mark.

We saw some great examples last year from Boréale, Dunham, Brewskey, Messorem and Sir John and I can only imagine we’ll see even more in 2021, bringing even more variety to the line up of haze we’ll be able to sample when we (hopefully) get back into the breweries. 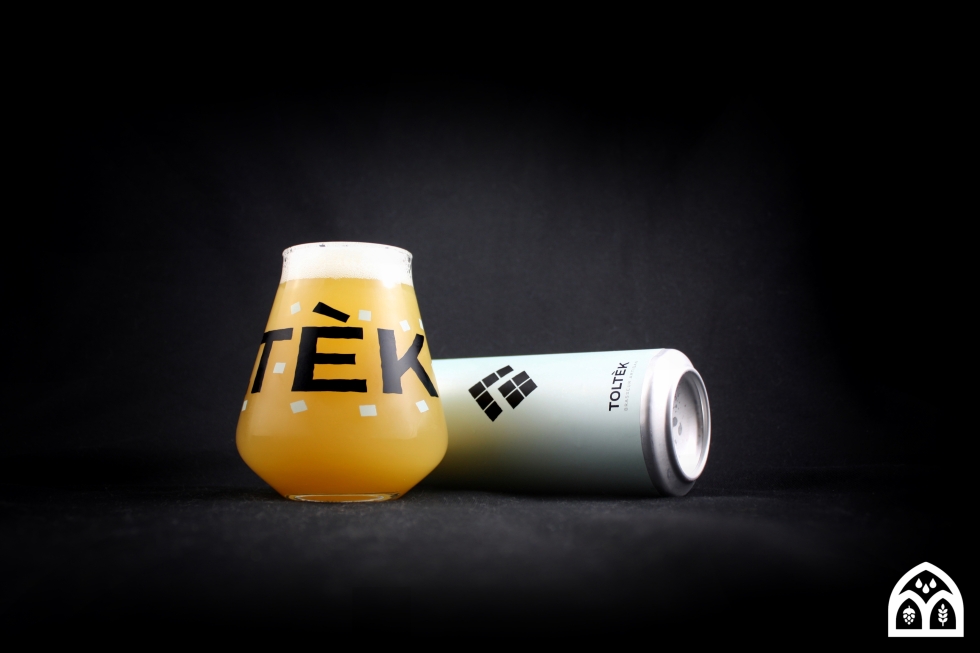 While 2020 proved a difficult year for breweries to open, more and more are still appearing and adding some more variety to the scene. It might be a while until we can visit or sit in breweries again, but for now there are still a few to keep a close eye on in 2021:

Microbrasserie Mutoïde opened in Hochelaga in November, at first bolding offering only a West Coast Pale Ale and Kellerbier amidst a sea of haze. Indeed, their modus operandi has been to create quality, but highly drinkable beers. Since their opening, this metal-inspired brewery have continued to defy trends, offering more classic American Lagers and IPAs and even an Altbier. A refreshing (in more than one way) change to the scene, they will be one to watch. I’m also looking forward to checking out the space when things open up again!

Opening in Boucherville just a couple of days before the second lockdown, Toltèk are the latest in a growing number of breweries establishing themselves off the island of Montreal. They had to quickly pivot to selling cans and have yet to distribute, but have already shown their willingness to experiment with many new styles. In particular their JUGO TROPICO smoothie sour, and Folie Obscure sweet stouts have caught my eye and I can’t wait to get my hands on
some in 2021.

Finally, Spring 2021 will see the opening of Mellön Brasserie in Rosemont. Promising to focus heavily on lagers, saisons and funky barrel stuff, they have already won my attention, but the fact that they are bringing over some expertise from Avant-Garde seals the deal. I will be following their opening closely indeed!

So there we have it, my predictions for 2021! What do you think? Do you agree? Disagree? Do you think we’ll see something I completely missed? Who are you keeping your eyes on in 2021?