Microbrasserie Riverbend is a brewery based out of Alma, QC (about 5hrs from Montreal). The brewery has been on the scene for about three years now and exclusively can all of their beers with a wide Quebec distribution.

I tried a hand-full of their offerings a couple years back and honestly, I wasn’t particularly impressed. Or, at least not enough to keep buying their beers. That’s one of the problems with having a rich and diverse list of breweries to choose from on any given day. One needs to pick and choose from those that have left a particularly impressionable mark on you, otherwise you need to be rich, and perhaps drunk all the time.

All that to say, when the folks at Riverbend contacted me about their can release a few months back, I was happy to review their beers as it gave me a chance to see how the products might have evolved over time. I apologize as this post is a little late to the party, but you might be able to find these sitting on shelves around town. Or if you are in or around Alma, they still have some for sale.

So, back in November Riverbend released these small-batch barrel-aged cans with a limited distribution. Included were three beers, each quite interesting a unique. Two of the three were Imperial Pale Ales, however each was aged in a different barrel; one aged in a barrel previously containing Vin Passerillé and the other in a Mistelle de Poire barrel. Lastly, there was an Imperial Stout, aged in Cabernet Sauvignon barrels with a secondary brett fermentation. Let’s dive right in here. 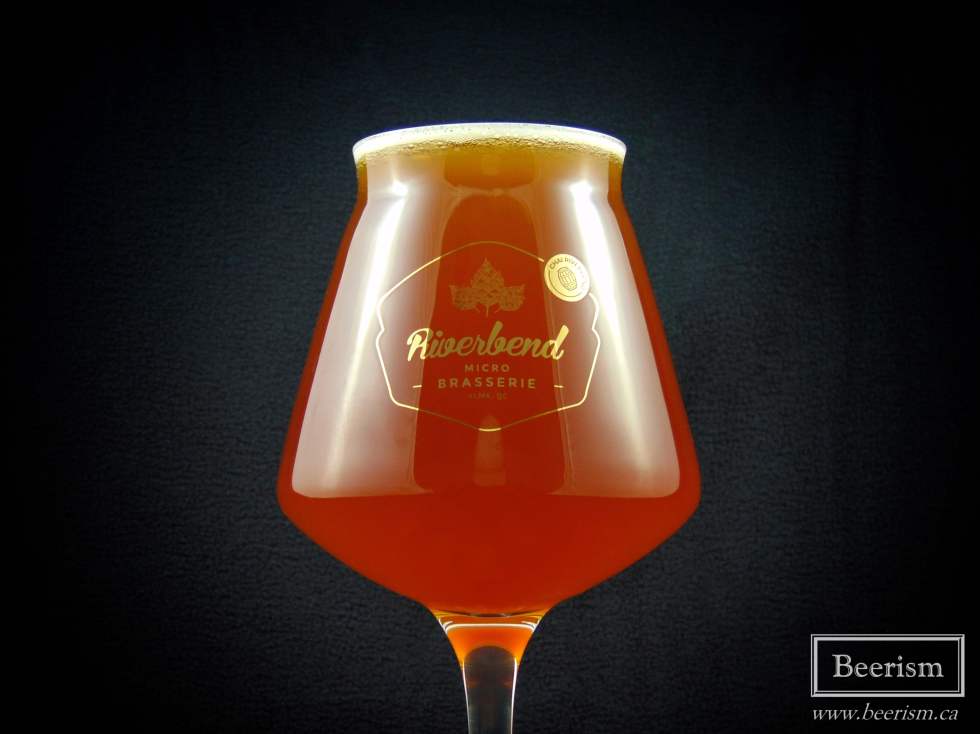 First we have an Imperial Pale Ale, aged in a single barrel that contained Mistelle de Poire. Mistelle (or vin de liqueur) is a fruit-wine that’s fortified with something like brandy or eau de vie. The resulting higher alcohol content restricts most of the yeasts from multiplying, allowing for a lot of residual sugar during fermentation. Mistelle de Poire is a pear version of vin de liqueur.

The nose is a rich oak bomb, followed by some subtle fruity hops. Pear, apple and light cherry come through next, providing a nice rich compliment to the big vinous barrel layers.

The palate is similar, with a massive oak presence. There is a robust caramel malt base, which is subsequently cut down by some dry tannins from the wood. The pear comes through for sure, carrying luscious fruitiness and a slightly astringent, spirit-like ethanol burn.

Pear, ripe apple and some liqueur-like sweetness make up the profile, but the finish is very dry and pretty clean considering – without an aggressive bitterness. The hops are there, but subtle and more on an afterthought. This beer is an odd one. I like it, but it comes off a bit too boozy.

As mentioned earlier, this is an imperial stout aged in Cabernet Sauvignon barrels with a secondary fermentation using brettanomyces.

It pours out like beautiful motor oil. The aromas are rich, beginning with dark-roasted espresso beans, followed by black cherry and some dark chocolate. Vinous notes come through as well, lending a tannic character to the aromatic experience.

Up front the palate matches. Lots of black cherry and serious espresso-like bitterness attack my palate. Ample dark fruits appear as well, carrying huge cherry and blackberry flavours. The finish is quite tannic and vinous, with a lingering bitterness that rests on your palate after each sip.

The body on this is luscious and thick, with some intense dark chocolate layers. The brett phenols are subtle, only adding light dustiness and loads of fruity esters – but also keeping things dry and drinkable. The balance here is on point and all the right notes are hit. I’m really impressed with this one.

Vin Passerillé or (straw wine) is made from grapes that are dried in order to concentrate the sugars and ultimately make a sweeter wine. The process is often done by drying the grapes on mats of straw in the sun. This Imperial Pale Ale was aged in barrels that previously contained this wine. I’m curious how the richness of the fruit will lend character to the beer. I’m thinking there will be similarities to Sauternes barrel-aged beers.

The nose carries a rich fruity presence all around. Stone fruits, like plum and peach mix with pears and lots of grapes. Loads of vanilla come through alongside vinous wine soaked oak, providing a rich tart edge to the aromas.

The palate matches, carrying a huge barrel-forward flavour profile that has a potent vanilla base. Candied fruits and marmalade provide a rich and robust sweetness. That said, nothing feels cloying as the whole thing is quickly cut down by the tangy oak tannins – drying the finish nicely.

There are subtle echoes of the hops that were likely at the front at some point, whereas now it’s an afterthought, providing hints of juicy citrus alongside all the stone fruits.

The vinous notes are intense in a good way, further helping dry things out while still adding more grape-forward fruitiness. Overall, this is rich, but balanced, and quite good. There is indeed a Sauternes-like thing going on. I’d recommend this beer.

Well, I have to say that these beers reshaped my impression of Microbrasserie Riverbend. Not that I had a particular negative view of their products, but I also wasn’t actively buying them by any means. The brett wine-barrel-aged imperial stout was legitimately delicious and rather innovative. I also very much enjoyed the Vin Passerillé Imperial Pale ale, and although the Mistelle de Poir wasn’t exactly to my tastes, it was still interesting to drink. If you see any of these lying around on shelves, you might want to pick them up.