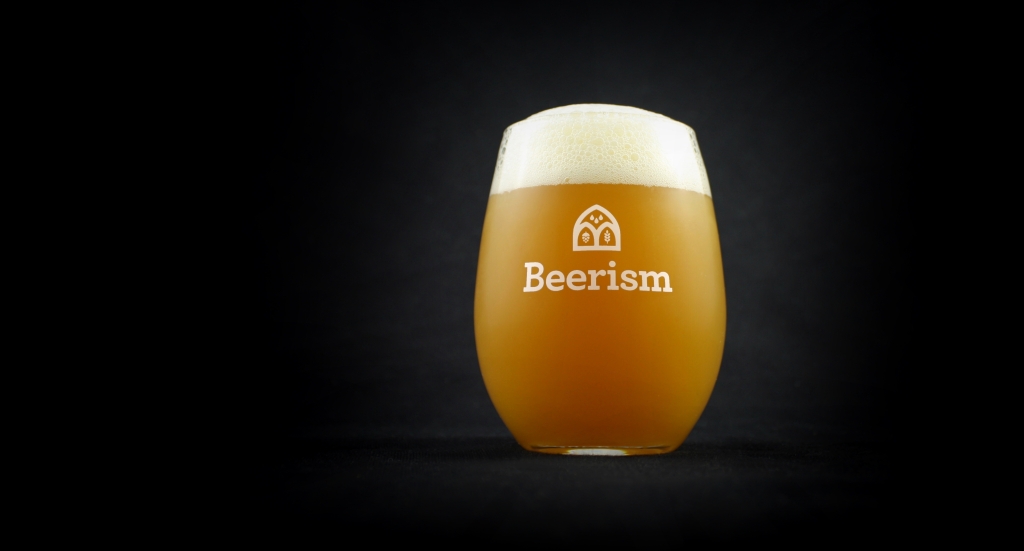 Delivering a myriad of hazy IPAs and crispy lagers, (as well as a sprinkling of stouts and sour offerings), Gatineau’s new kid on the block Microbrasserie 5e baron has been pumping out can after can of fantastic and ever-improving offerings since they opened – just after the start of this terrible worldwide pandemic.

Even though I’d been producing lots of social media content, it had been quite some time since I wrote an actual blog post. Working from home has blessed me with more time, but with two young kids, that time is entirely devoted to them.

With that said, I felt like I really needed to get something out about 5e Baron who I’ve been following and subsequently adoring since pretty much day one. Co-owner Jacob Barrette is an old friend who worked as a graphic designer prior to shifting to the beer scene – something you can clearly tell from their phenomenal branding.

I actually started interacting with him years ago when he designed a new Beerism logo for fun. At the time I had just redone my brand, so I wasn’t able to take advantage of his amazing work. That said, I recently wanted a change, so I reached out to see if I could still use it. Not only did Jacob agree, he also suggested we do a 5e Baron sponsored Beerism re-launch, with some Beerism glassware and a collaborative beer. I was in!

5e Baron’s approach is somewhat similar to several up-and-coming Quebec breweries, which pull from the popular contemporary American model of delivering a constant stream of New England IPA’s – there have been new releases happening almost weekly at this point. However, unlike other examples – like the haze-lords behind Messorem Bracitorium or Brasserie du Bas-Canada – 5e Baron has been releasing a wider range of lagers, sours, and stouts with most of their releases. It’s a slightly more rounded approach while being in the same wheelhouse by still concentrating heavily on the almighty hazy NEIPA.

Which brings me to our collaboration! We decided on a robust NEIPA at 7% ABV with a dual-hop combo of Galaxy and Nelson Sauvin. It’s aptly named “Hopism”. I just love the bright intensity that this hop combination brings to a solid NEIPA, and I’m confident that 5e Baron will nail it. I will obviously provide detailed tasting notes once I get my hands on it. It gets released this Thursday, November 12th 2020. It’s a 5e Baron brewery-only release at the moment.

Let’s talk a bit about the brand new Beerism glass. As I was mentioning above, we have created the very first Beerism branded glassware in conjunction with 5e Baron.

Why did I choose this particular design?

At the end of the day you can use any glass you want to enjoy a beer. You don’t need a fancy Teku or a big snifter. However, drinking the right beer in the right glass changes the experience, and in certain circumstances can either enhance the flavour profile or alter your perceptions. For me personally, as much as I love stemmed glassware, the tactile feeling of grasping the whole beer in your hand versus holding a stem creates a more visceral experience – which from my perspective is what beer is all about. I wanted something that bridges the gap between the two –  a shaker has an inefficient design to handle more refined beers while drinking a light lager from a large wine glass feels odd. The Beerism glass is a large stemless wine glass that marries accessibility and function, allowing you to equally drink a bourbon barrel-aged Imperial stout or a crushable lager.

At the moment this glass is only available on-site at the 5e Baron brewery at 14$.

I’m so in love with the new Beerism logo, the new site, the glass, and I can’t wait to taste this beer!

@bgbrasserieurbaine has transformed over the last few years, and so has their barrel program. I’m thrilled and exited to dive into these three beautiful bottles that recently dropped for their St Jean release. Gorgeous bottles and certainly gorgeous beer inside.
The Chin Wag volume 8 is happening here on Instagram tonight at 8:00PM. I won’t be joining this week, but there will be a special guest taking my place. As always, @5ebaron will be consumed, and this time it’s this killer west coast inspired pale ale called “Juniper” @hopsandbros @baospodcast @nathandoesbeer
@mattmcgachy , frontman for the legendary metal band @cryptopsyofficial took his metal and craft beer podcast @voxandhops to another level by organizing a damn near impossible list of music and brewery collaborations called “Brewtal North America”. Keep your eyes peeled for these incredible beers!
In just a few minutes I’ll be going live here on Instagram for the 7th edition of “The Chin Wag” with @nathandoesbeer @baospodcast and @hopsandbros , where each week we open a new can from the amazing @5ebaron and talk all things beer! Come join us!
@lagabiere recently dropped this sexy pale ale, aptly named “Nice N’Hazy”. The nose is tropical and bright, delivering juicy melon and mango alongside some earthy funk. Palate is light yet juicy. Big peach and apricot meet lots of orange, creating a zesty and pretty round profile, with the perfect ABV to drink quick. Solid stuff!
This is Impérial Espresso Corsé from @beauregard_micro . The nose is all coffee. Huge earthy and dark chocolate forward aromas deliver a nutty and fruity complexity that is echoed by mocha and hints of black cherry. The palate is rich and layered, carrying a beautiful espresso punch that delivers loads of earthy chocolate and nutty flavours. Seriously solid.
Much of what @omnipollo creates seems to come from an alternate reality. This is Zodiak IPA, available in Ontario, and seems more grounded, delivering big tropical layers and some balanced juiciness. Thanks for the hook up @getitinyacee !
Nuit de Munich is from @brasserievrooden is a German inspired Munich Dunkel. The nose is zesty and herbal up front with lots of toasted grains. Caramel and maple accents meet some sticky “tire sur la neige” and brown sugar. Light doughy malts deliver a pumpernickel bread aromatic experience. Palate is light and roasty as well, carrying lots of nutty malts. It’s dry but round, delivering a nice fruity character that is further complimented by the essence of sweet taffy and maple. Easy drinking an complex. Tasty stuff!
@messorembracitorium have kept refining their sweet stouts over the last couple of years and are now making some of the best in the country. All three of these were spectacular!
Well St Patrick’s day has long come and gone, but I sure wish I had this refreshing a kinda crazy smoothie sour from @smallponybarrelworks to have by the pool. This is Smüv Green, a golden sour beer aged in oak barrels packaged with pureed kiwi, mango, lime and spinach. And it’s green AF
This is “Impériale Latte Praliné” from @beauregard_micro . The nose is full of coffee and mocha sweetness - it smells like a chocolate bar with taffy and maple syrup drizzled on top. The nuts are there as well, with some toasted almond aromatics.
This is Hop Crush, a DIPA from the folks at @pubbrewskey - The nose is dank and bright, carrying huge pineapple and zesty citrus. Passion fruit and mango come through as well, blasting the senses with intense hop aromatics.
Silo C from @brasseriesilo is an “IPA with Classic Hops” - think Two Hearted Ale, or something like that.
💥💥UPDATE💥💥 WE ARE POSTPONING TO A LATER DATE.
Did you know that @pub_amere_a_boire was canning their killer lagers? Well they are and I can’t wait to dive into these beauties!
Razzia from @brasseriebascanada is a 10.5% Imperial Sweet Stout with lactose, hazelnut, coconut, and Hazelnut Coffee. The nose is all hazelnut, with layers of milk chocolate and a big vanilla punch. Cake batter and general chocolatey rich aromatics come through, as well.
Frau Riesling from @materabrasseurs is a mix fermented Riesling Foudre-aged wild ale. The nose is exceptionally fruity and vinous, with layers of fresh pear and green grapes, mixed in with a lovely dust-forward earthy funk. Smells tangy and lightly acetic, with notes of white balsamic.
Again, the @brasseriebascanada is online release is today at 18:00 if you’re interested! This is Citadelle, an 8% Double IPA with Nectaron, Galaxy, Mosaic and Simcoe. The nose is bright and dank. Lots of grassy and piney notes meet serious tropical layers. Tree sap and mango flesh with tangerine rinds also come through.
Monument is an 11% Bourbon Barrel-Aged Imperial Stout from @brasseriebascanada – and that’s it! No lactose, no coconut, no coffee. It’s kind of an exciting shift for me as BBC’s pastry stouts are (in my opinion) the best in the country, so seeing how they pull this one off will be fun! You can order it starting tomorrow for their Spring Bottle release. But get your trigger finger ready, they are gonna sell out in minutes.
Tick... Tock....