Pastry stouts are not exactly brand new, but in 2020 they certainly took the Canadian brewing market by storm. In Quebec, Brasserie du Bas-Canada ushered in this glutinous beer style a couple of years back, with very few coming close to their quality. Now many are trying their hand at creating this sometimes controversial dessert beer. In Ontario, there have been a hand full of breweries doing them as well – like Bellwoods and Reverence for instance – however, not quite as many as we are seeing here in Quebec.

Insert Third Moon Brewing. At the start of the pandemic, Third Moon Brewing had the insane challenge of launching a new brewery the same month as the entire world was shutting down. I can only imagine how terrifying that was considering the complete uncertainty of it all. However, this Milton, Ontario based brewery practically blew up overnight and has already become one of the most popular breweries in Ontario – and perhaps Canada.

Chris and Steve are veteran beer geeks, having spent decades tracking down rare and crazy beers from all over. Being old friends of both of them, I’ve watched the duo hunt whales at any cost. So let’s just say they are well-tuned into the beer scene – whether we are talking crazy hyped haze, monster stouts, rare lambic, and everything in between. I’ve been drinking Steve’s home-brew for years and the man can nail ANY style. Needless to say, I was tremendously excited to see them open Third Moon.

Third Moon’s approach is to create beers that excite them. And just as they were used to hunting down those rare beers at any cost, the same goes for creating the perfect beer – even if that means hunting down hard to procure cryo-Citra on the secondary market at a loss because they want that IPA to shine that much more.

I could write 100 articles on what Third Moon has already done with their IPAs, however, today I’m going to dive into their recent Bestowed Pastry stouts. Three variations in particular. Here we go. 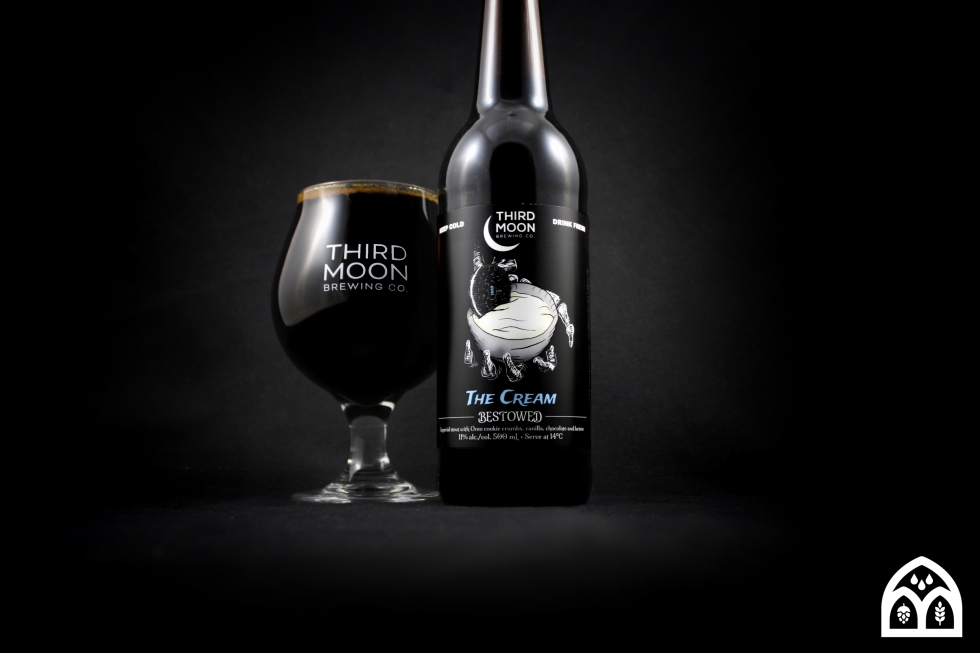 The first in the Bestowed series is “The Cream”, an imperial stout with Oreo cookie crumbs, vanilla, chocolate, and lactose. The nose is big chocolate layers up front, with some fruity notes as well – black cherries in particular. The Oreo is rather apparent on the aromatics, lending a cookies and cream ice cream vibe. It’s really inviting.

The palate begins rich and luscious with a big sweetness that encompasses the whole thing. Again, I get those great sweet black cherry flavours, which are immediately complimented by those salty Oreos. The finish has a nice bitterness that helps cut through the been pretty well, although this is certainly on the sweet side of things.

Next up is Peanut Butter Cup, an imperial stout with chocolate and natural peanut butter flavour. The nose on this one begins with rich chocolate and toasted grains. Peanuts immediately blast my senses with a roasted nuttiness that takes over. It truly does carry a Reece’s vibe.

The palate begins far dryer than expected – at least if compared to The Cream. Layers of roasted peanuts mix with fruity cacao and some deep and rich fudginess, while the finish lends a complimentary sharpness from the booze and perhaps the adjuncts. There is a certain earthiness here from the peanut extract as well, that can come off a touch vegetal. That said, I love the effort,  being such a huge peanut butter cup man, I easily polished this off. 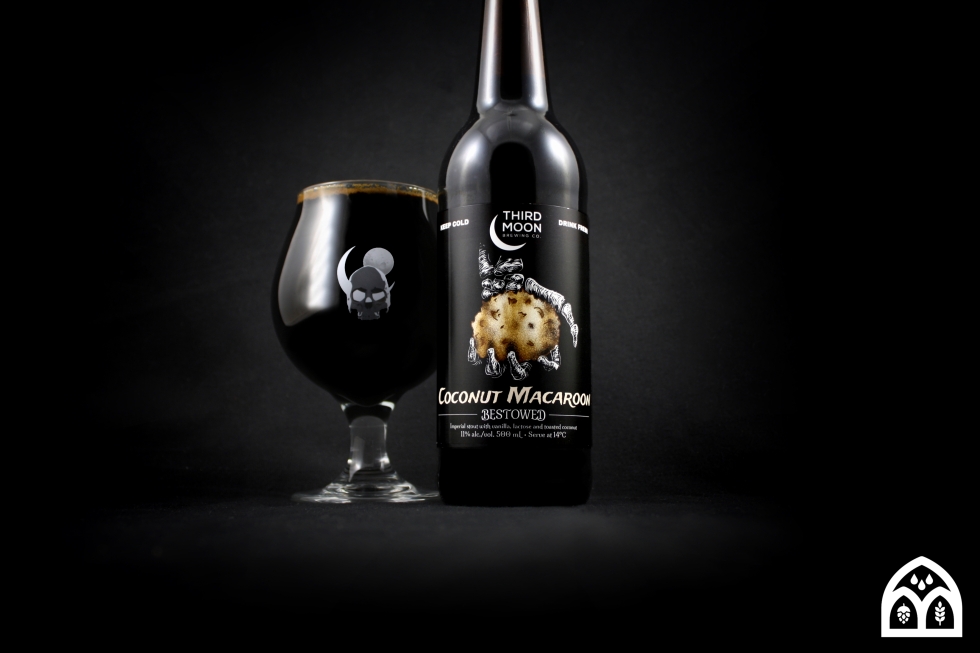 Coconut Macaroon is an imperial stout with vanilla, lactose and toasted coconut. The nose is a sexy mix of chocolate and luscious coconut. Layers of coffee and toffee mix with all things dessert. Lava cake batter meets macaroons!

The palate matches. Sweet layers of milk chocolate are complemented by some rich vanilla flavours. The body is thick and luscious, carrying a dense and beautiful body. The coconut is on point here, lending that amazing toasty and nutty profile that (to me) makes everything better. It’s a touch cloying, but not over the top, with enough sweetness to make itself known without going nuts. Get it? My favourite of the three!

Well, there you have it. Third Moon Brewing is creating fantastic and fun beer, and if you are able to get some, you should!

Questions? Want me to review your beer? Contact us here.