Messorem Bracitorium opened their doors only last month, yet for the Montreal beer geek, they are essentially a household name at this point. On August 3rd there was a soft-launch, where their first canned IPA was released. It sold out within a couple of days. Let’s just say they’ve been doing well.

It seems clear that Messorem are taking inspiration from some of the ultra successful breweries in the US, who focus on hops, big stouts and sours (Brasserie du Bas-Canada has also gone down this route).

They have released a number of beers on tap as well as six different cans – all hop focused. And not only IPAs in general, but specifically double dry hopped New England inspired haze (with a sour IPA and a pale ale mixed in there).

Their overnight success truly speaks to the communal desire (and need) for extremely aromatic hazy IPA. Whether you like it or not, it’s clear that this is what people want, and it’s exactly what Messorem is dishing out.

Not only are the beer styles reminiscent of what you’d see if you dropped by Other Half or Foam, but also the brewery’s general business model. Cans are only sold on site, with no distribution, and the tap room is open to families of all ages where you can even bring food. Their branding is exceptional as well, delivering some of the sexiest cans this country has ever seen. 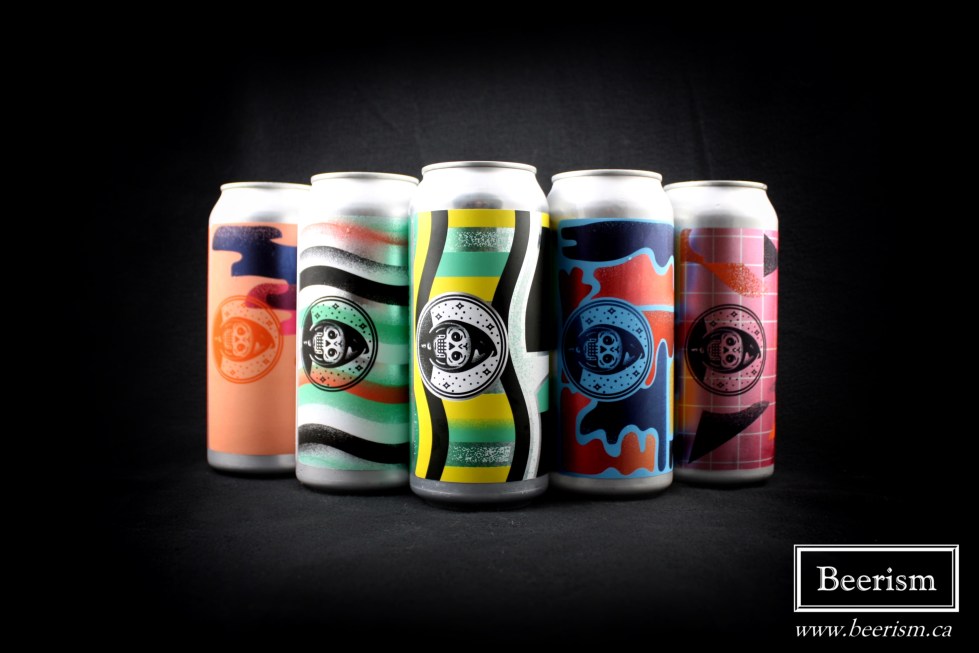 Up front, the public impression has been very positive with their instant hype driving long lines and quick sell outs (on most weeks). However, there has been some criticism as well, with many people saying that their beers were overly “green”, and carrying too much hop burn. As well, with regard to their pale ale, there were several reports of folks saying that their cans oxidized within a few days (me being one of them).

Now, that said, the brewery is brand new. They are working with new equipment and just getting their feet wet. If things are this good now, I can only imagine how exceptional their beers will be once they have time to perfect them. 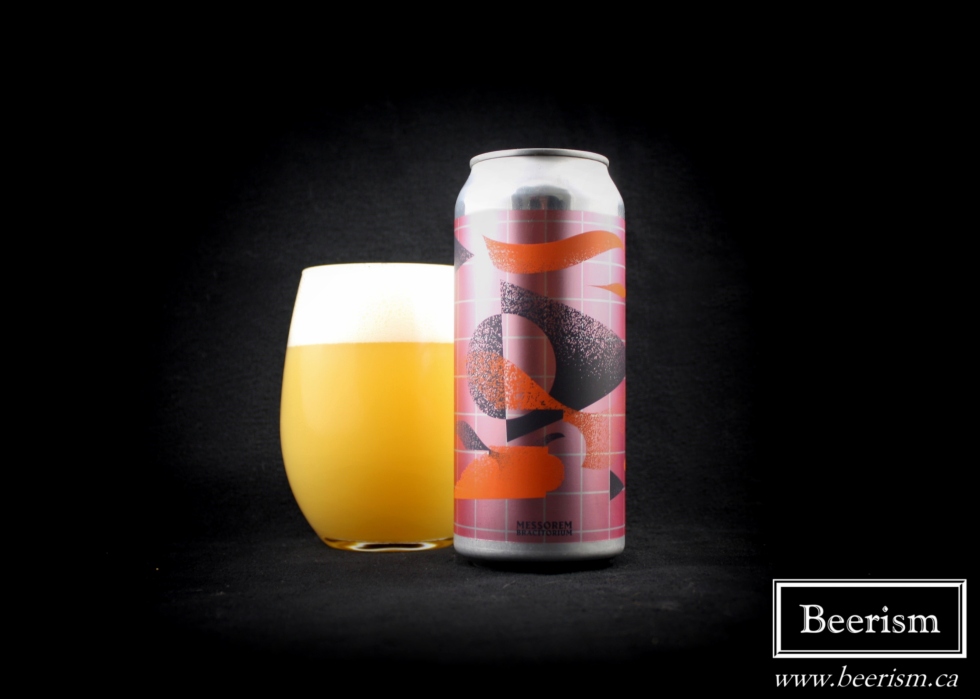 Ok’ L’Enfer is the first beer that Messorem created. It was a double dry hopped IPA with Ekuanot and Simcoe cryo. The nose is bright and exceptionally dank, bursting with sharp tropical notes, fresh cut lawn, and pithy grapefruit rinds. Aromas here are stellar.

The palate matches, launching a dank hop bomb at my senses, alongside citrus peel, tangerine, and a general grapefruit-like essence. This beer is extremely dry, and it carries is an intense hop burn that takes away from any possible malt presence. The finish is sharp and overbearing with a hop-focused acidity, but there are echoes of sweet tropical fruits in the backdrop. Although abrasive, I had a few cans over time and it mellowed out. A solid first beer!

Get Wavy is an 8.5% double dry hopped double IPA with Citra, Galaxy, and Vic Secret. The nose is bright but rich, delivering zesty citrus alongside overripe stone fruits, like mango and peach. It’s a touch grassy, and rather dank.

First off, for a double IPA, they managed to hone in the sweetness which in and of itself is impressive. Just like the nose, there is a generous mix of a zesty (and sharp) hop bite that balances extremely well against a rich and fruity base. Mango and grapefruit pith are the stars here, with some dank hop funk lending compliment to the whole thing. I really enjoyed this one.

Ces Magiciens is a 7.2% double dry hopped sour IPA, made with Amarillo cryo, Cashmere, and Citra. The nose is a subtle mix of peach candy, tropical fruits, and general hop tang.

The palate matches, delivering lots of sour candy, mixed with pineapple, mango and echoes of passion fruit. It has all the elements you want in a dry hopped sour, and none of the stuff I very much dislike in “sour IPAs” (astringent bitterness, etc).

That said, I’d love to see things amped up a bit, with a more aggressive sourness and hop profile. But you can crush this, and the balance is on point.

7 Pieds Sous Terre is a 7% double dry hopped IPA, brewed with Citra, Mosaic, and Simcoe. The nose is straight tropical juice, carting loads of mango, tangerine and papaya. A light grassiness gives off a bit of dank funk, but this is mostly just an intoxicating fruit-focused aromatic experience.

The palate matches, delivering a bright and zesty start. Again, big tropical notes give mango and lots of citrus – especially grapefruit and tangerine. The body is on the bolder side, while any malt presence is kinda of lost against all the pungent hops. Now, that’s not a bad thing, and is essentially what you’re going for with this style of IPA, however I wouldn’t mind just a bit more sweetness to balance some of the sharp edges (especially that aggressively acidic hop burn). That said, this is great and one of their best to date.

Fossoyeuse is Messorem’s latest release – an 8.2% double IPA, brewed with Amarillo, Amarillo cryo, and Simcoe. The nose is zesty and bright, with lots of mango and tangerine. It’s dank and a bit grassy, but not over the top. It smells like straight orange juice.

The palate is juicy and dank, with layer upon layer of citrus: orange, tangerine and lots of grapefruit. This is mixed with a serious mango thing, carrying a sharp and astringent hop burn in the finish. It feels rounder than some of their other “green”‘beers, with a nice malt base to balance. Great stuff.

What ever your opinion is on the obsession with hazy IPAs, it’s hard to argue that Messorem isn’t giving the beer geek community exactly what it wants. This contemporary brewery model where every single tap line is dedicated to a turbid IPA can seem (at times) like nothing more than an attempt to fuel a trend. However, I think we have to realize that designing a working system that concentrates on brewing one style of beer allows the brewer to truly perfect what they’re producing. I’m kinda tired of seeing shitty NEIPAs being made by people who are simply trying to stay current. Messorem has gone all in, and I’m excited to see where this is going.