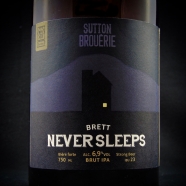 Posted by beerism on September 6, 2018 in Beer Reviews | Leave a comment

A couple of months ago no one around here was talking about Brut IPAs. It was all haze, all day, everyday. If an IPA was filtered and clear, it had no place on the shelf in this modern New England-focused IPA landscape. And damn it, that’s how we liked it.

Just like all things in this hyper-fast social media driven world, beer trends can blow up over night, spreading across the land like wildfires. About two months ago, I started seeing articles online that talked about a new style of beer coming out of San Francisco – it was called the Brut IPA.

At first I didn’t really get it. There was already a style of beer called a “Brut” (or bière de champagne) that was made with champagne yeast. Although, admittedly it’s not a particularly popular style of beer anymore. Have you heard of it? See, there you go. It’s high ABV, often sweet and phenolic, and actually more resembles a Belgian Tripel than a glass of dry champagne (wait a second, I had an extensive Brut tasting about five years ago with fellow blogger Malty Tasker. You can actually read about it here on his blog if you like. I almost forgot about that).

Anyway, Brut IPAs have nothing to do with classic Brut beers, or champagne yeast at all. The Brut component of the name is taken to simply mean dry, as it is used in drier champagnes. The beer itself arose through the use of enzymes. Essentially, enzymes are sometimes added to big and rich beers to help taper the sweetness. The added enzymes assist in breaking down complex sugars so that the yeast can go to town and eat more – ultimately creating a drier beer. Well, what would happen if you used those enzymes in an standard IPA? This is the question that resulted in the creation of this new style of IPA.

Because the Brut IPA is so new, the process of how the beer is made or even how it should taste is in a bit of a flux. If it sticks around, the parameters will likely become more solidified, but for now there is a lot of playing around and experimentation. That said, there are some things that most agree on. A Brut IPA should be bone dry, quite clear, lighter bodied and very effervescent. Its creation seems to be a contrast or perhaps an answer to all the insanely thick and hazy IPAs that own the hop world at the moment – especially the Milkshake IPA spectrum, which are often muddled sludgy messes, riddled with sweet lactose sugar. 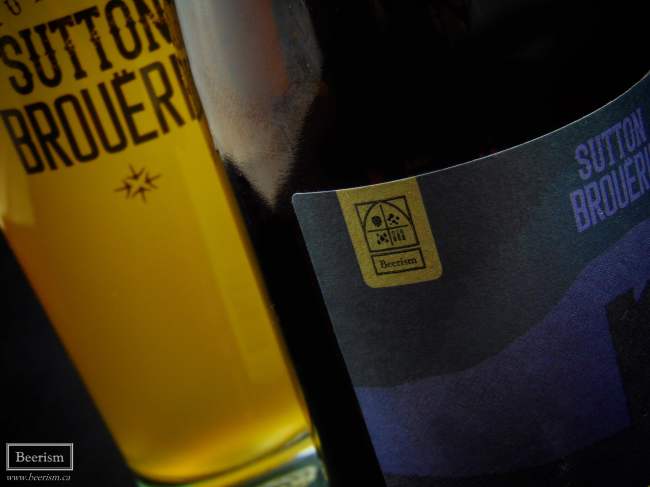 Microbrasserie Sutton Brouerie is one of my favourite Quebec breweries, not to mention one of my favourite places to visit. Head brewer and co-owner Pat Roy is a brilliant brewer who ferments all of his beer with the wild yeast strain brettanomyces (or “Brett” for short). Brett imparts particular flavour profiles depending on how it’s used. Generally, Pat uses it as a primary fermentation yeast, which delivers a fruitier and cleaner profile; as apposed to using it in secondary fermentation which provides a funkier profile, carrying lots of dusty farmhouse aromatics and flavours. Regardless of the process, beers made with Brett are very dry given how aggressive the yeast strain is.

After doing some research about this new up and coming Brut IPA style, I suggested to Pat that he should make one. His beers are always dry and brilliant in their subtlety – it just seemed like the perfect fit. He agreed and invited me to come help brew it with him!

I arrived in Sutton the night before brew day with my friend Dan from the pico brewery Une Bière Deux Coups. As we pulled up to the auberge, it was pitch black with only a couple of cars in the lot. The bar and restaurant were closed that day, but the auberge still had a handful of guests. Pat was kind enough to open the bar, flip on some subtle romantic lighting, and pour us a few pints while we discussed the beer that we were going to brew in the morning. Those few beers very quickly turned into many, many more beers, all while the always charismatic Mr. Roy enlightened us with with stories of his life (like that time he came face to face with a cougar). And of course we talked all things brettanomyces – his true passion. During one of Pat’s stories about how Brett can ferment at absurd temperatures, someone said “Brett Never Sleeps!” – and our beer name was born.

Just like Brett, we also slept very little that night, dragging our hungover selves into the brewery the next morning to find Pat in far better shape than us. Regardless, we met with fellow Sutton brewer Éric, developed a recipe and got to work (well, Éric did most the work). Fast forward six weeks or so and here I am, holding this bottle, ready to taste the beautiful liquid inside.

Brett Never Sleeps pours out a muted yellow colour with some orange highlights. It’s not quite crystal clear, carrying a slight haze. The yeast-forward nose is composed of light Brett phenols that add a lovely herbal and dusty profile, as well as some pear and apple esters. Tangy and vinous hops lend a touch of white grape juiciness to round out this very inviting aromatic nose.

The palate matches, delivering lots of fruit from the hops, coupled with the various Brett layers. White grape, clementine, melon and grapefruit make up the juicy profile. It’s slightly dusty, with herbal saison-like pepperiness in the finish. The Hallertau Blanc hops add that vinous component, while the tropical orange and tangerine Mosaic influence juices things up in the background.

A light and dry ethanol burn draws more white wine-like comparisons alongside the tangy German hops. That said, there is an impressive crushability despite the almost 7% ABV. The Brett is very apparent given the subtle malt base, however the yeasty characteristics work well with the overall hop profile, providing a lovely compliment.

Overall, I’m pretty over the moon with how this turned out. The idea was to capture the extremely dry, fruity, and crushable components of a Brut IPA, but with a 100% brettanomyces twist. And we certainly accomplished that. Due to the lighter malt base and general dryness, the yeast is clearly present and not a secondary component, being right up there with the hops. If you’re expecting an extremely bright IPA, where it’s all hops and not much else, this isn’t that. In a way this tastes a lot like a dry wild Saison or Grisette, with an augmented tangy hop profile that adds just the right amount of juicy vinous complexity. The whole thing is wrapped in a graceful subtlety. Mostly though, Brett Never Sleeps is something new and interesting that I’ve never bested before – I’m proud to have been a part of it.

It was an amazing experience to come up with an idea and then see it through into completion. Pat and Éric, thank you so much for having me. I can’t wait to come back again soon!

Brett Never Sleeps should be available at stores that regularly carry Microbrasserie Sutton Brouerie products. Maltéhops received it in this week!