Boreale Continues to Step Up Their Hop Game

There is just so much to say about Boreale these days.

Les Brasseurs du Nord, Boreale’s parent company, has been making quality beer for decades. The Boreale brand is a Quebec staple. For me, their beers were always reliable, very well priced, and usually the best option in a sea of shitty “domestic” macro lagers, skunky green bottles, and overpriced widget infused Euro-cream in a can. Before really diving into craft, I would always seek out that dark blue 6 pack with the white bear on it. It was my go-to.

Although Boreale is still doing what they’ve always done, something has changed in the last two years – particularly from the standpoint of the ever growing beer-geek scene in the province.

In short, Boreale purchased a small pilot system to allow their brewmaster Gabriel to create new and innovative beers that would be released as one-off bar-only products. It was called the Episode program. The beers were a success, but one in particular blew up: IPA du Nord-Est.

After a couple of runs and with the increasing positive response over IPA du Nord-Est, Boreale decided to actually can the beer and place it in limited distribution. Things escalated quickly, and what seemed like overnight, Boreale went from that seemingly dated and kind of boring staple, to producing the most sought after IPA in the province.

IPA du Nord-Est wasn’t just good, it was great, and on top of that it was a style that had yet to be well represented in the province, Craft beer fan-boys went nuts.

Fast forward a bit and IPA du Nord-EST has become a pretty regular item. And now, it has some friends. A few weeks ago Boreale dropped several heavily hopped beers to join the family, and I’d like to tell you about them.

This 100% Galaxy hopped edition of IPA du Nord-Est first dropped earlier this year in brewery-only growlers. I had the chance to try it at the time – it was fantastic. I actually found this surprising given that mono-hopped IPA’s are often kind of one dimensional. This however, was not. Let’s check out how the canned version is.

The nose is a massive dank blast of fruity hops, with huge citrus, passion fruit and all kind of tropical goodness. Tangy and zesty aromatics attack my nostrils before I dive in.

The palate matches with equal veracity. Loads of sharp and tangy hop fruitiness blasts my senses is all directions – Passion fruit, papaya, and grapefruit rind dominate. A rich silky body follows, carrying a fluffiness to help enrich the citrus bomb that preceded it. This iteration is a bit sharper and more bitter than the standard edition, but it’s still nicely rounded and “balanced” overall.

I’ve had the privilege of drinking several, if not all releases of Double Descente, Boreale’s double IPA. The first batch was tasty, but the sweetness and bitterness were a bit too aggressive for my tastes. Then, when it was finally canned, the recipe was improved, delivering more brightness and less sweetness. I’m very excited to dive into this latest batch.

The nose is straight orange juice, with some sexy orange crush vibes going on as well. Tangy passion fruit, lemon zest, and light juicy mango come through as well.

The palate matches with an orange explosion of hops. The sweetness is way scaled back compared to previous versions, and is basically 100% on point now. Lots of tangy and bitter grapefruit rind finish off an aggressively bright and fruity flavour base. All walks of citrus make up this profile, but tangerine and clementines are at the front, while some lime and grapefruit come in the finish alongside a lot of tropical juiciness. I’m loving this latest batch. 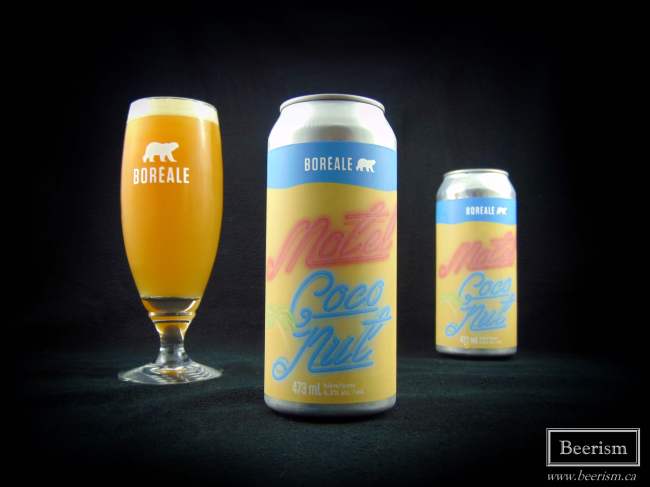 The nose is a crazy blast of citrus, with fresh orange juice at the front. Some light tropical notes come through as well, but that orange is on fire. The flavour profile is less bright, but still carries a deep citrusy base. Lots of tangerine, mango and papaya come through as well. The coconut is also there, but largely in the finish, adding an interesting nutty sweet essence. That said, it’s exceptionally dry and very easy to drink. The body is luscious and creamy, providing the often desired Milkshake-like mouthfeel without any of the pesky lactose.

This is a solid addition to the recent line-up of canned Boreale haze – providing a bit more drinkability, but with loads of palate attacking turbid hop goodness. 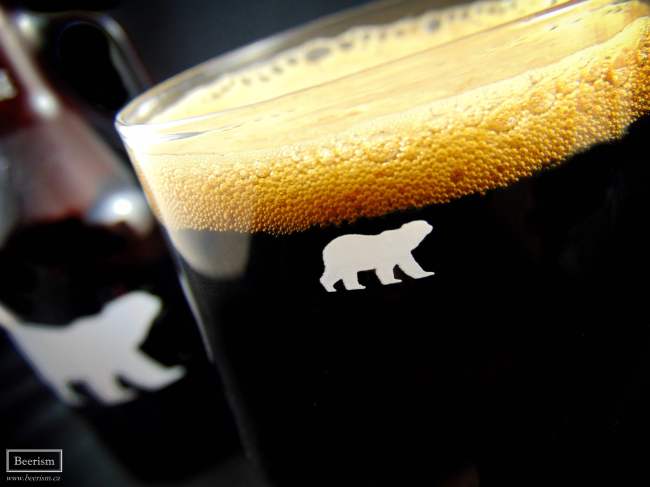 What we have here is Boreale’s first ever barrel-aged beer. And it only made sense for that first beer to be a bourbon barrel-aged imperial stout. This beer was made in small quantities and only available at the brewery.

Up front it’s impressively drinkable for the ABV. Like the nose, there is a lot of vanilla bourbon notes, with some slightly astringent barrel in the finish.

Chocolate, coffee and light caramel come through, and as it opens, red fruits start to emerge, with black cherries making an appearance. Overall, this is a really solid, pretty straightforward bourbon barrel-aged imperial stout. In a sea of adjunct-infused lactose nonsense, it’s nice to see them attacking the modern classics once again

Unfortunately these beers are likely long gone. That said, you may be able to find some stragglers around town, but they are reaching their threshold of freshness, so tread lightly.

However, with the success of these beers, I have a feeling that we will start seeing more and more new and exciting stuff from Boreale. Lets all keep our eyes out!

← Brasserie Artisanale Maltstrom Starts Barrel Aging – Yes Please! Champ Libre – An Interview with Alex Ganivet, A Review of their Core Line-up, and an Exclusive Look at their Upcoming Bottle Release →