Most of my writing efforts center around the Quebec and Ontario brewing scene within Canada. That said, I’m changing directions today so that I can talk for a moment about pretty much the best IPAs in the world right now. And of course, I’m referring to Trillium Brewing Company in Boston, Massachusetts.

Trillium beers are so sought after in Québec that it’s almost impossible to find a post in our beer-trade forums that doesn’t contain “ISO: Trillium” (ISO means “In search of” in beer-nerd speak). And although this Trillium saturation gets a bit ridiculous given that some people are trying to trade local shelf turds for these hard to procure IPAs, I don’t blame them. This brewery has produced the best I’ve ever tasted with regard to hop wielding, so I get the absolute need to find some.

In the past, I was extremely fortunate to try Trillium’s hopped-up libations through several friends’ travels and generosity. This time however, the generosity of fellow beer-folk was on a whole other level.

One morning recently, I was late for work. My office is smack in the middle of downtown Montréal, and I was about a block away from the door. As I was crossing the street I saw a David Lévesque Gendron, a friend/acquaintance from the local beer scene. David co-authors Les Coureurs de Boires – probably the most respected beer blog in the province – and he also co-owns the very popular brewery: Microbrasserie Vox Populi. Given that I was late, I shouldn’t have done a stop-and-chat, but I figured why not. As we exchanged some pleasantries, David casually asked, “Hey, I have some extra Trillium and Tree House cans, do you want some?” I stared blankly at him, held myself back from passionately tonguing his mouth, and simply answered “Yes. Yes I do.”

You know what’s even more amazing? Literally that very same afternoon, I received a message from a reader named Chris who I once gave some beer advise. He said that he recently returned from a trip and was going to toss me a few Trillium cans for the favour. What!? Yes! Thank you!

So, armed with humble appreciation and all kinds of Trillum goodness, I present you four cans of their delicious and highly sought-after hop masterpieces.

I was fortunate enough to have have tried Congress Street a couple of times now. In terms of standard, non-double-dry-hopped variants, this beer may have been the best IPA I’ve ever tasted. Needless to say, I’m happy to revisit.

The nose is a bright and juicy aromatic bonanza. Tons of grapefruit, candied lemon, mango and strawberry load my senses with fruity goodness, carrying just the right amount of grassy funk and general zesty sweetness.

For 7.2% Congress Street drinks incredibly smooth. It’s tangy, zesty and loaded with juicy Florida oranges. The balance is perfect, being dry and drinkable while still rich and complex. The palate is also slightly earthy, with some freshly cut lawn and dank funk. Light notes of sweet malts add just a hint of biscuit, rounding out the aggressive hop profile. This is truly a spectacular beer. 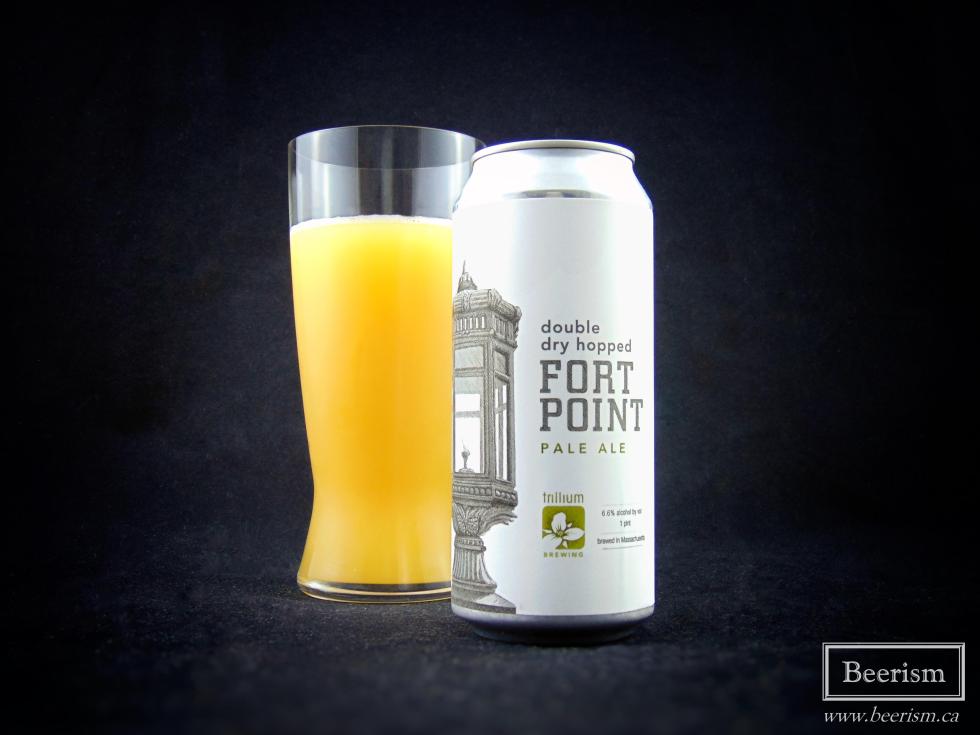 Double Dry Hopped Fort Point pours out a completely opaque bright orange colour. The nose is an indescribable intense aromatic experience that leaves you in confusion over its possible existence. It’s rich and dank with layer upon layer of citrus and grassy funk. I’d describe it as a tangy fruit explosion on steroids, with orange peel, grapefruit and mango leading the cornucopia of aromatics.

On the flavour front it’s similar, holding an incredibly massive and thick body that is as luscious as it is refreshing. Like the nose, oranges lead the profile, followed by some grapefruit rinds, lemon essence and general tropical delights. It blasts you with a tangy intensity, but finishes subtle, carrying a lingering citrus tang.

This one is the most impressive of the lot, holding a perfect balance. It has a rich and robust body alongside an aggressive hop profile, minimal bitterness, and a simple, non-aggressive finish. Fucking killer.

This here is my first “Scaled” experience. Like all these beers, it’s hazed to the max, with a bright and opaque orange colour. The nose is crazy dank, carrying huge citrus and tropical fruits mixed in with some fruity yeast esters. I’m also getting lots of peach in particular.

On the palate DDH Scaled is a zesty citrus bomb – even more so than the previous two beers. As well, it carries a pretty hefty bitterness in comparison. There is a massive body here and is truly hazy in all senses of the word – like drinking thick and luscious Tropicana. The finish is tangy and lingers, showcasing grapefruit pith and underripe tangerine. Damn delicious.

Dialed-in is a double IPA brewed with Chardonnay and Gewürztraminer grape juice. I’ve had various beers infused with grape must/juice, but never an IPA. I’m excited.

The nose consists of layers of huge juicy citrus fruits, lychee, grapes, and lots of damp grass. Some light sweetness comes through as well, with a touch of vanilla.

Up front on the palate it’s very similar to the other examples, but manages to be completely different at the same time. First, you get that huge dank hoppy punch, which is quite green, citrusy and potently delicious. However, there is a slight vinous quality that follows, carrying a subtle tannic finish, which works well with the big juiciness of the whole thing.

This is highly and deceptively drinkable. That being said, it does have a nice richness to it that rounds out the flavour profile with hints of ethanol booziness. There is a nice acidity as well, lending compliment to the tangy and juicy hop profile. This beer is kind of like a mimosa, in the best possible way, and far better. I could live in this glass.

I think it goes without saying that I’d recommend these beers. That is, if you can land some cans. Trillium is leading the pack in the IPA spectrum, and being able to sit down and really dissect them was a serious honour. I was incredibly fortunate enough to have been the recipient of Trillium generosity from two separate people in the same week. Thanks again David & Chris, you guys are amazing.