Not only is craft beer refreshing in a literal sense, but also from an entrepreneurial perspective. Countless breweries learn from each other, exchange ideas, and actually work on collaborative products. When these things occur, it challenges our traditional notion of what competition is and what it means to run a business. And, it’s working. This cross-company synergy helps develop each brewery’s brand, and social media lights up with excitement whenever two local powerhouses work together.

This applies to the larger craft scene as a whole, as well as the smallest of the small. For example, Sutton Brouerie has been doing collaboration after collaboration lately, and has just released a beer brewed with the illustrious boys from the tiny (but stellar) brewery called The Wild Shack. 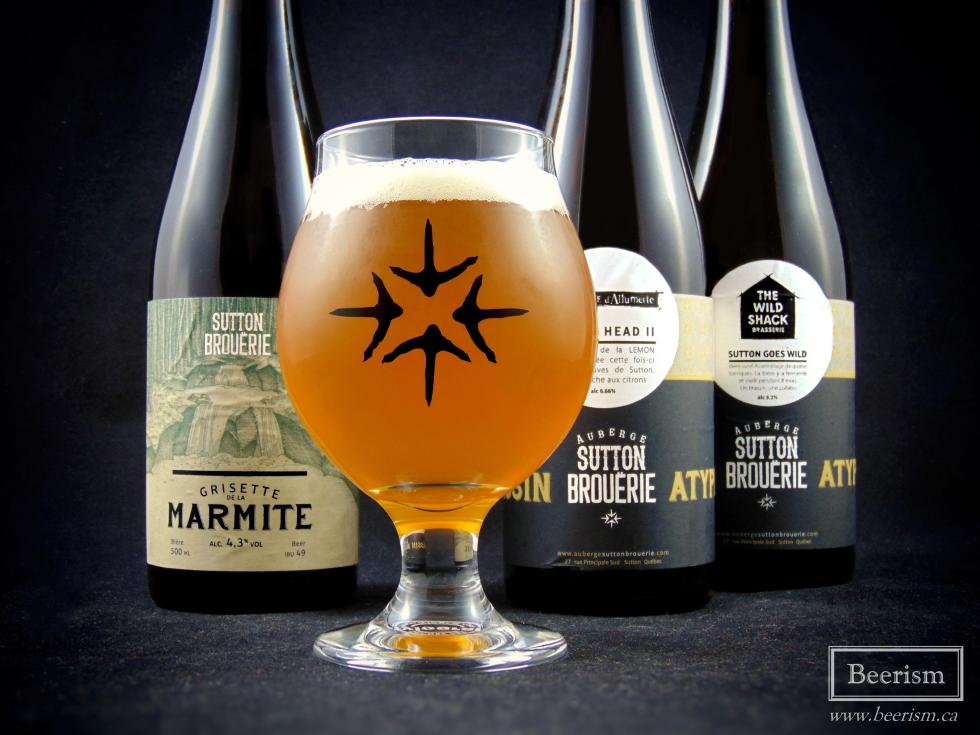 This collaboration is close to my heart. I’m close friends with Max and Remi from The Wild Shack and I’ve been watching them brew for a few years now; going from a one-off IPA, to filling their entire apartment with carboys, to brewing multiple collaborations with some of the best breweries in Québec (and soon Ontario).

As well, I’ve been following Pat Roy’s brewing antics over the years. Before opening Sutton Brouerie, he began by brewing at Brasserie Dunham, creating such gems as Crystal Brett, Jake Brett, Big Tom Pale Ale, and the explosive (but delicious) Canadian Whiskey barrel aged LaPatt Porter Robust. Last year I had the honour of spending the night at Auberge Sutton Brouerie and got to hang out with Pat at length to chat about beer and brett. It’s a beautiful place to relax, drink, eat, sleep and repeat. His beautiful 100% Brettanomyces based brewery is inside the auberge itself, with a fantastic restaurant and is just a wonderful spot all around. If you’re into beer (or not), you need to go spend the night there, it is truly amazing.

So, when I heard the brett-man himself was teaming up with the sexy wild boys from The Wild Shack, it seemed like a match made in heaven. And after tasting the outcome – aptly named Sutton Goes Wild – I was blown away. At the same time, Sutton Brouerie released two other gems, so I figured I talk about them too! 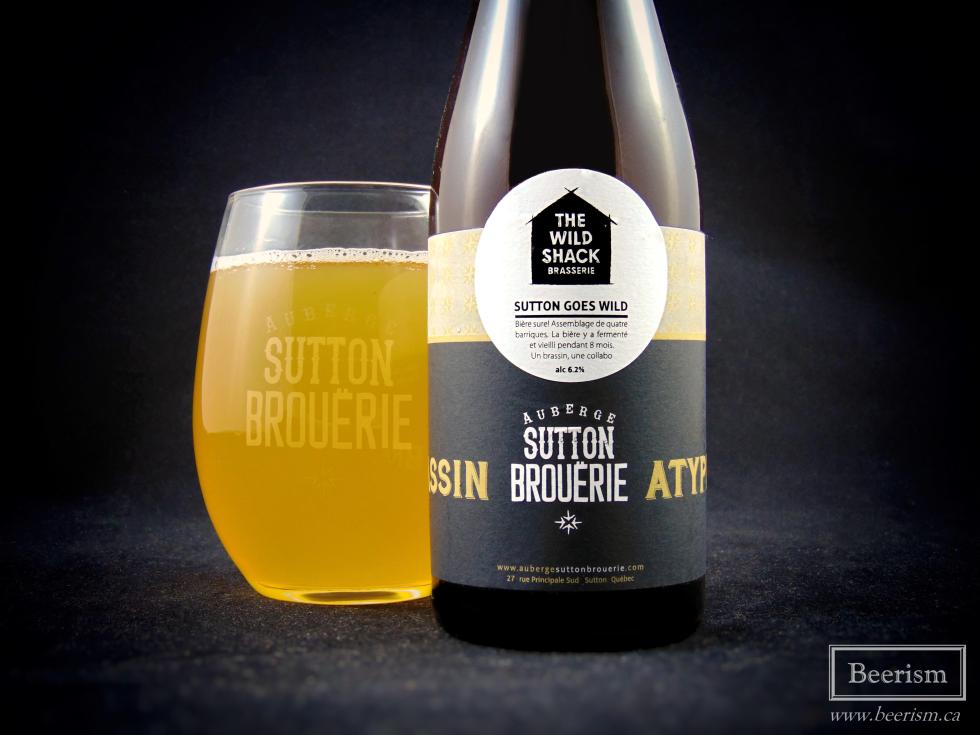 Max and Remi from The Wild Shack headed out to Sutton last year, where they brewed one beer, which was split between four different Chardonnay barrels. Each barrel had a slightly different treatment, carrying various brett strains and souring bacterias. They rested in the barrels for eight months, and were then all blended together before bottling.

The nose is a great mix of dusty brett funk alongside citrusy acidic focused aromatics. There are also lots of tart apples, lemon zest, and white grapes. The oak is quite present as well, carrying rich, almost Gueuze-like elements – very vinous.

Wow, this is really tangy and tart, with a lingering and balanced acidity. It’s fruity up front, carrying tons of peaches and tart green apple. The oak lends a spicy woodiness, while the various brettanomyces strains provide just the right amount of earthy drying phenols. The wine components are on point, tossing countless layers of vinous complexity alongside the juicy acidity (surprising given that these were second or third use barrels).

This beer marries the intricacies of a barrel aged sour, with a drinkable and approachable base that goes down super easy alongside a subtle but apparent tartness. This is really quite exceptional. Kudos! 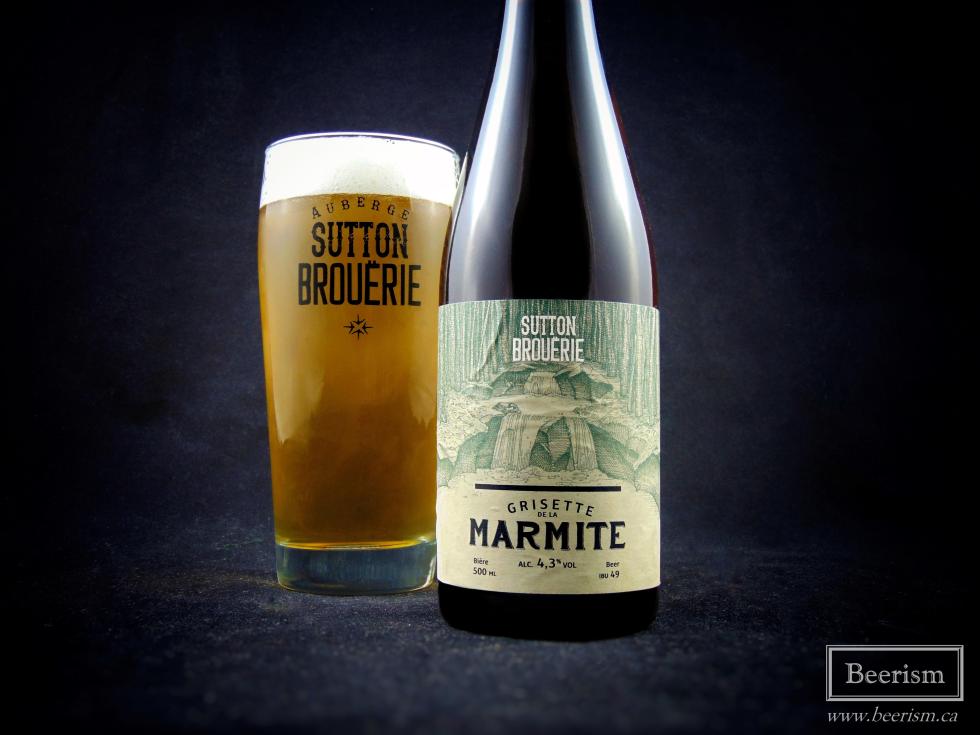 Wow, where to begin. Up front there are some inviting yeasty complexities that launch earthy phenols and bright fruity esters at my palate. A light sweet essence of pears, honey and grapefruit round things out nicely, while a dry, bitter, and tannic finish keeps everything in check. For 4.3%, The body is rich and full, yet at the same time still being crushable. There is a tanginess to the whole thing, with lingering citrus rinds in the finish. This Grissette is complex and sessionable, something that’s very hard to nail.

Lemon Head II is the second take on a lemon infused Saison, brewed in collaboration with Tête d’Alumette. It pours our a rich and bright orange colour, with a frothy little head on top. The nose is a zesty mix of lemon, melon, hay, and some musty funk.

Just like the nose, it’s very lemon forward on the palate, carrying some robust orange juice accents.  There is a richness to this, with lots of sweet undertones. That being said, it’s dry, and quite drinkable, carrying a pithy tannic linger, and a pretty apparent bitterness. The finish is composed of citrus rinds, mixed with lemon candies and blood oranges. It’s a very interestingly constructed beer, that carries a nice roundness to it, with some bright citrus notes. However, of the three it is my least favourite.

For me, Sutton Goes Wild is a symbol of the inclusiveness, creativity, and friendship focused attitude that the craft beer scene carries in general – particularly in Québec.  And that aside, it’s a fucking spectacular beer, and probably my favourite from both breweries. It deserves some serious recognition.

It took me a couple of weeks to get this post written, but if you’re lucky, you might still be able to find some of these beers lying around in stores.