Last year I blasted you all with an onslaught of articles about Dieu Du Ciel! Pretty much every month I had a new beer to talk about. It wasn’t my fault though, they just kept pumping out new bottle after new bottle – they were basically completely re-doing their Momentum series (monthly bottle releases), and man, was it ever good.

I’ve been much quieter this year with regard to DDC, mainly because most of the deliciousness from last year is making a reboot. As much as I’d love to cover them all over again, I need to concentrate on the new! One of the beers I wrote about last year was an apricot infused Trappist-inspired Belgian Tripel called Gènese. It was a beautifully juicy interpretation of a classic, carrying a modern fruity flare alongside traditionally spicy Belgian phenolics. It was really something special. Now, imagine taking that beer and aging it in Sauvignon barrels with brettanomyces. Wait, really? Yes!

This coming Saturday, June 10th, Dieu du Ciel! will be hosting a “Jounée Sure” party at their St. Jerome location, where you can drink from an amazing line up of sour beers. Also, you can buy yourself a case of this Sauvignon Genèse to take home with you. Sounds like a plan to me! Details on the event are right here.

So, with that said, I am beyond excited to dive into the this fruity bottle of potential sexiness. 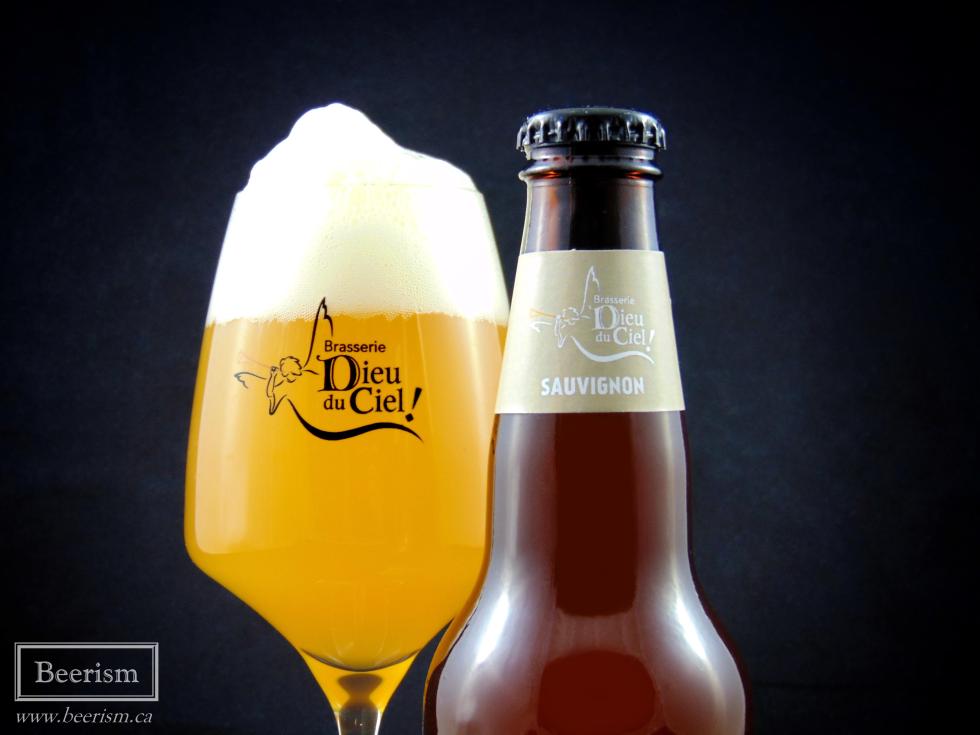 On the palate, it’s a bit sharper than the nose let on. It’s juicy up front, with lots of apricots, pears, peaches and green apple. This is followed by rich and spicy oak, vinous wine tannins, and a tangy juicy finish reminiscent of the tart fruit itself . That being said, it’s also a bit on the sharp, boozy side, with a lingering metallic layer that’s slightly distracting from the others flavour (however, this fades as it opens).

Overall, the wine barrel and brett additions have transformed this beer into something quite delicious and different, while still keeping the integrity of the original creation. The apricots have faded slightly but are now complimented by loads of juicy brett-induced esters, allowing for a nice cornucopia of blended fruit to come through. The wine also adds to this, lending a tannic vinous complexity and ample oak backing that dries the beer further. However, I do find the finish a touch sulfur-y, and the ethanol booziness is quite apparent. I will say though, that a lot of this faded as the beer opened, and I think even more time in the bottle will turn this great beer into a fantastic beer.