I’ve been a fan of Microbrasserie Pit Caribou for years. However, for some odd reason, this is the first post I’ve written about them. I remember the first time drinking their Robust Porter and being impressed with it’s luscious body and accessible drinkability. I’ve always thought that their products were great, but in the last couple of years they’ve been experimenting like crazy and have produced some very impressive concoctions.

For the brewery’s 9th anniversary, Pit Caribou released a very special beer called Neuvain (which I’ll get to shortly). As well, around the same time, they put out five other wild and sour beers, most of which are blends and have spent time in various types of barrels with fruit. I was so excited to get my hands on these sexy specimens in order to tell you all about them. 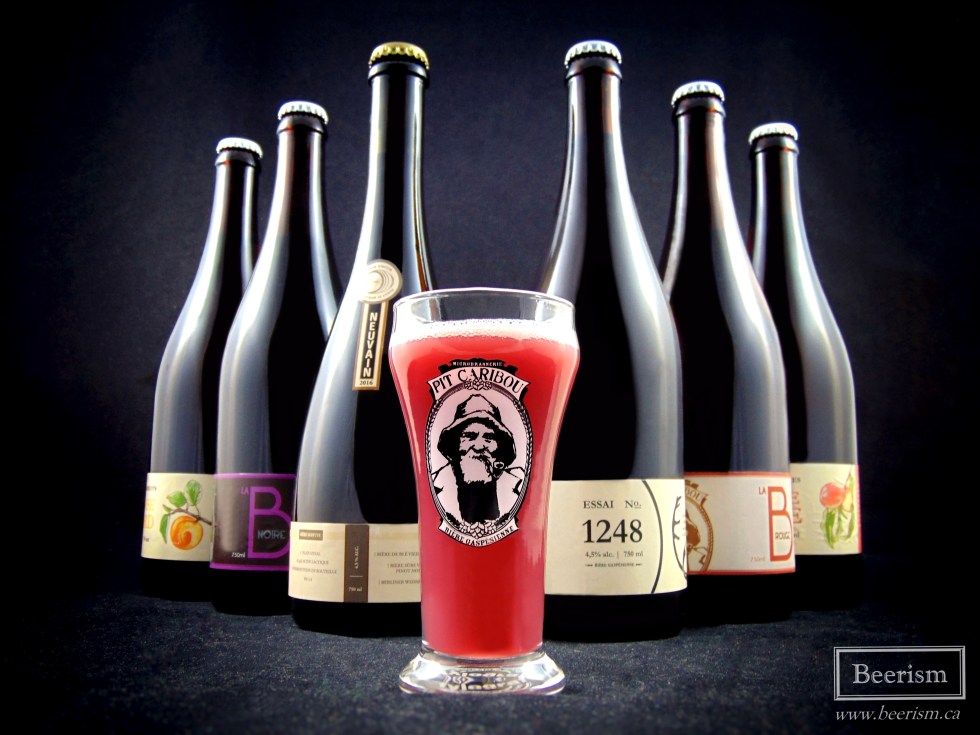 While the brewery just celebrated their 9th anniversary, Pub Pit Caribou Montreal will be celebrating their 1st year in business this month. They are throwing a party and guess what? All six of these bad boys will be available for purchase on site for you to try. Not only that, but there will be all kinds of other delicious offerings to shove into your faces. Oh, and did I mention that it will be three days long? Yeah, that’s right.

If you weren’t able to procure any of these bottles, I’d definitely suggest attending, especially given that you have three days to choose from. So, with that said, I have chosen four of these beer to talk about today, so here goes it.

Oh man, this beer. Okay, so Neuvain is one hell of a blend. It consists of a whiskey barrel aged wheat beer, a Pinot Noir barrel aged sour beer made with aged hops, and a Berliner Weisse aged on peaches. This is quite the concoction, so let’s get to tasting it!

The nose is a wonderful mix of microflora. Lots of acidic complexity, with plenty of barnyard and earthy Funk. It’s very gueuze-like. Some peach and apricot come through, with light vanilla and oak.

Like the nose let on, there are lots of acidic lambic-esque components on the palate. Lemon and bitter grapefruit rinds mix with some light stone fruit complexity. The sourness is apparant but balanced, lending a tangy hand to the musty and earthy wild yeast funk. This really hits all the right notes, but does lack a tiny bit in the finish, not quite containing the lingering depth of a traditional lambic. However, I only compare it as such because of how amazingly it resembles the devine nectar found in Belgium.

There is a wonderful sharp and bitter grapefruit rind finish that lingers on my palate. You do get the warming whiskey notes in the finish as well, lending a certain extra sharpness to the whole thing. The peach also makes itself more noticeable as it opens, with echoes of juiciness that adds extra layers to this already complex beer. Wow, this one really impressed me.

La B Rouge is a blackberry fruited sour with each bottle containing 270 grams of fruit! It pours out a completely opaque mauve colour and looks just like juice. The nose is a complex mix of musty funk, fruit tannins, and loads of berries. It smells tart, but not so much acidic, with a big zesty backdrop.

On the palate it’s incredibly dry, carrying loads of mouth puckering tannins. The fruit is in your face, but not as juicy as you might expect given the abundance of berries in the beer.

There is a sourness here, but it’s more tart, with a tongue drying tannic finish that lingers. The body is thick and full, but drinks very easily, going down like a fruit juice on a hot summer day. Those super dry bretty phenols work with the fruit tannins to create a monstrously dry, mouth puckering fruit bomb. I wish I had a case of these for the months ahead. 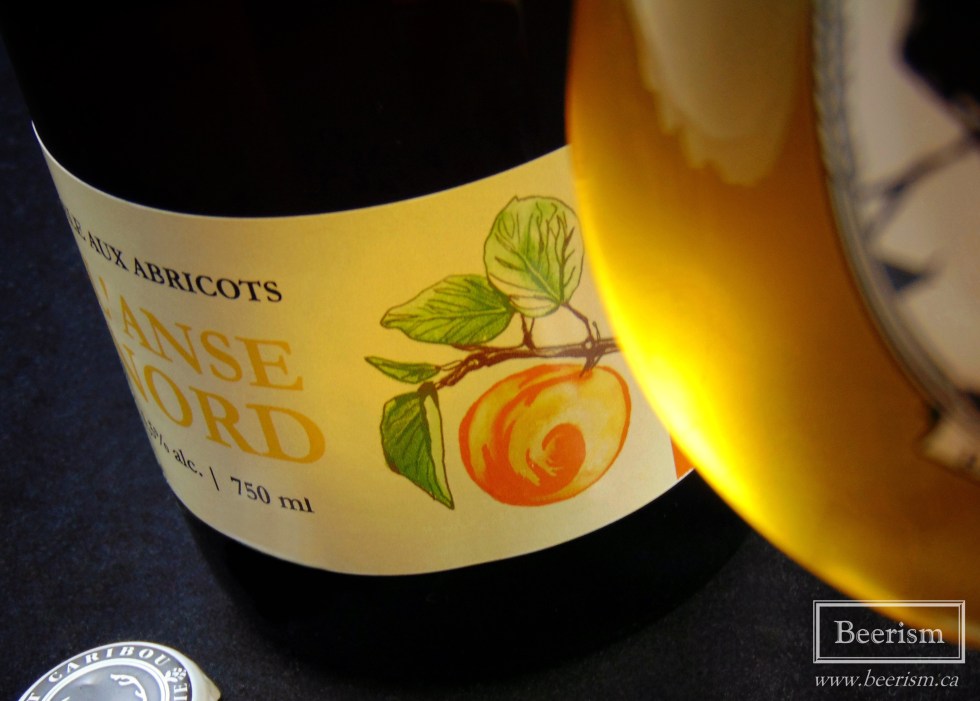 L’anse nord is a sour apricot ale aged in Pinot Noir barrels. The nose is a subtle mix of freshly cut wheat and light apricots, alongside some wine soaked oak. It’s quite subtle and not very aromatic at all.

On the palate, The fruit is far more apparent than the nose let on. It’s also sweeter than I expected, with a real fruit juice thing happening. The finish however, is dry, carrying lingering wheat and stones fruits.

It is tangy and a little tart from the fruit, but I wouldn’t call this sour. I keep going back and forth on this one, part of me finds this too sweet and a bit cloying, but then the finish is dry and rounds it out. It’s really juicy, but not in a typical “barrel aged fruited sour” way, and instead is more like actually drinking juice. Also, the Pinot barrels don’t really come through, without any tannins. That being said, I somehow still quite like it. This is truly unique and I am still not sure how to classify it or even what to think about it.

Essai 1248 is Pit Caribou’s interpretation of a Gueuze, although there is no spontaneous fermentation. It pours out crystal clear, carrying a yellow orange colour. The nose throws up lots of dank oak, vinous wine, and lambic-like bretty Funk. There are huge fruity components as well, like wild strawberries and apples leading the way.

Up front this is dry and tart, with an earthy barrel character and brett profile similar to a gueuze, but lighter on the palate and more drinkable. The Finish falls a bit flat, lacking a bit of depth, but is still very solid. Like the nose, there is a bit of a cider-like, sour apple element, with lots of tart and bitter grapefruit rinds, creating a general tannic pithiness. The finish is a bit astringent, carrying a lingering wheat flavour.

Overall, I liked this, but it’s not as impressive if placed next to Neuvain, which is similar, but feels more complex and interesting. However, don’t get me wrong, this is still really interesting and one of the closest beers in the province to actual lambic.

This article was a long time coming. I’ve been a fan of Pit Caribou for the longest time, so this post needed to happen. I’m so happy to see the amazing experimentation that’s been happening, and I’m excited to try what the brewery has in store for us next. In the meantime, I suggest you head over to Pub Pit Caribou Montreal this weekend (May 18th, 19th & 20th at 14:00) and get yourself some of these amazing bottles. Enjoy!