So if you haven’t noticed, Microbrasserie La Memphré has been releasing some pretty damn impressive beers lately, and the local Québec craft beer scene is taking notice.

Just a few weeks back, the trading forums were lighting up with people searching for Ralph Merry (Memphré’s delicious barrel aged Scotch Ale that had arrived on shelves months ago). At one point, there was at least four or five people searching for this beer on the same day. I hope they landed their trades, as it’s one of the best Scotch Ales I’ve ever had. 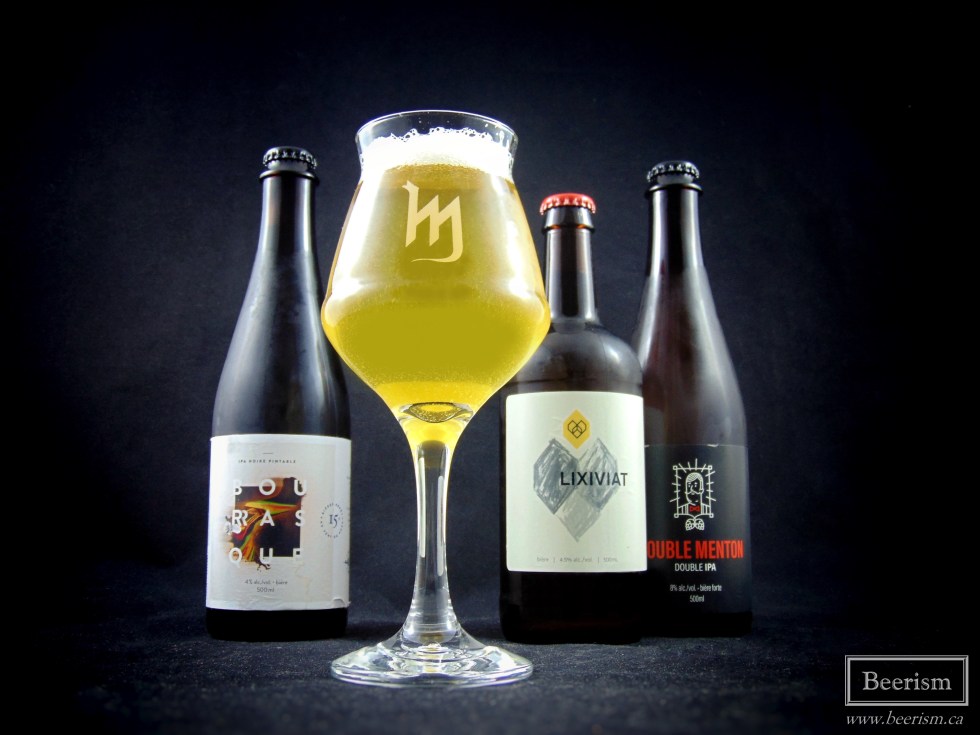 This Magog (Eastern Townships) based brewery continues to impress me with their small batch, deliciously complex offerings that carry an almost magical drinkability. Their choice of interesting styles, uncompromising balance, and overall product aesthetic gets me every time. I’m not sure exactly what it is, but there is certainly something special about Memphré. I was excited to get my hands on three of their more recent bottles and I’d love to tell you about them. 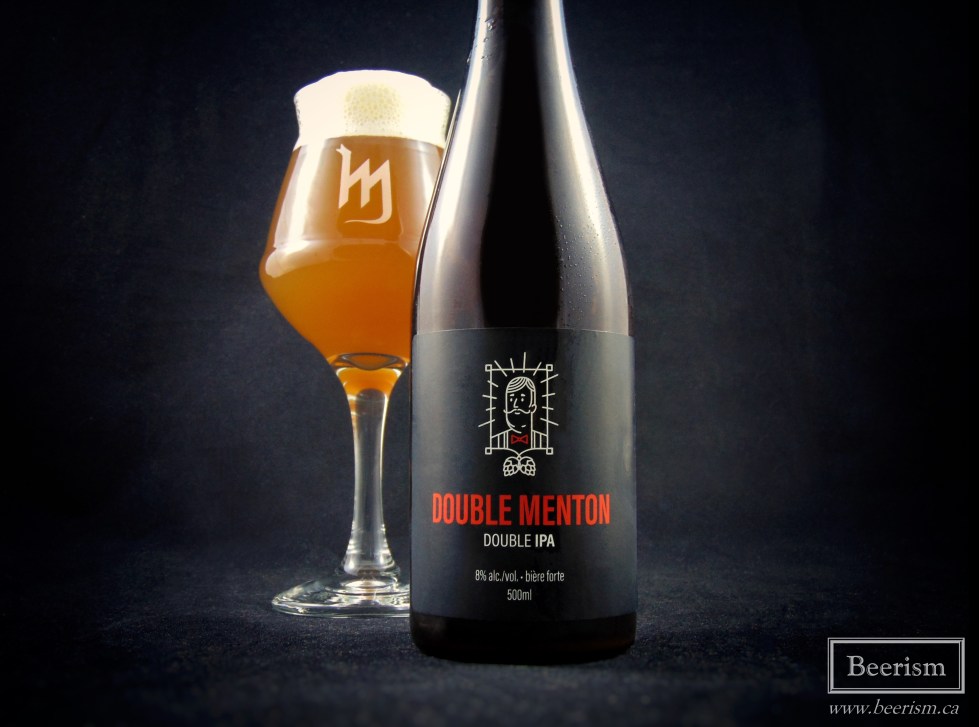 Double Menton left shelves almost as quickly as it arrived. Part of this is due to the Quebec craft consumer’s obsession with Double IPA’s. However, it’s also related to Memphré’s recent track record.

This DIPA pours out a foggy orange colour, with some copper accents. The nose wafts big strawberry and stone fruit aromatics, alongside a bit of pine and citrus. Caramel sweetness comes through as well, coupled with some light buttery accents.

It’s rather sweet up front, carrying lots of robust and juicy fruit components. Strawberries, mango, and overripe clementines mix with subtle pine and light grassy notes. Given the rush of richness up front, I’m super impressed with the finish. There is a big and resinous bitterness that cuts through everything; however it’s not overtly intense, and leaves the finish clean – like, crazy clean.

This “style” of DIPA isn’t on the top of my list these days, however, once again, Memphré carries an impressive balance. It’s unfortunate that there are buttery diacetyl notes, but they are not so potent that it distracts from the beer.

Bourrasque is a 4% ABV sessionable black IPA, brewed by Memphré in conjunction with Bières dépôt Au Vent Du Nord (a celebrated beer store in the eastern townships) for their 15th anniversary.

It pours out black, with a creamy head resting on top. The nose is a beautiful mix of piney and zesty hops, alongside a light chocolatey malt backdrop. Some citrus comes through as well, and is further complimented by some dark cherries, strawberry, and light mango.

Up front, the balance is on point. With such a low ABV, it is obviously an easy drinker, but at no point does it bore me or feel too watery. The roast lends lots of dark chocolate, which is complimented beautifully by the piney hops. It carries a great creamy mouthfeel, making it feel like a sessionable robust Porter carrying a big hop backdrop.

The finish is bitter and cuts things nicely, but isn’t too much, once again creating a wonderful equilibrium. It’s a bit less fruit forward on the palate, but there are still hints of citrus and berries – it’s the piney hops that own this. 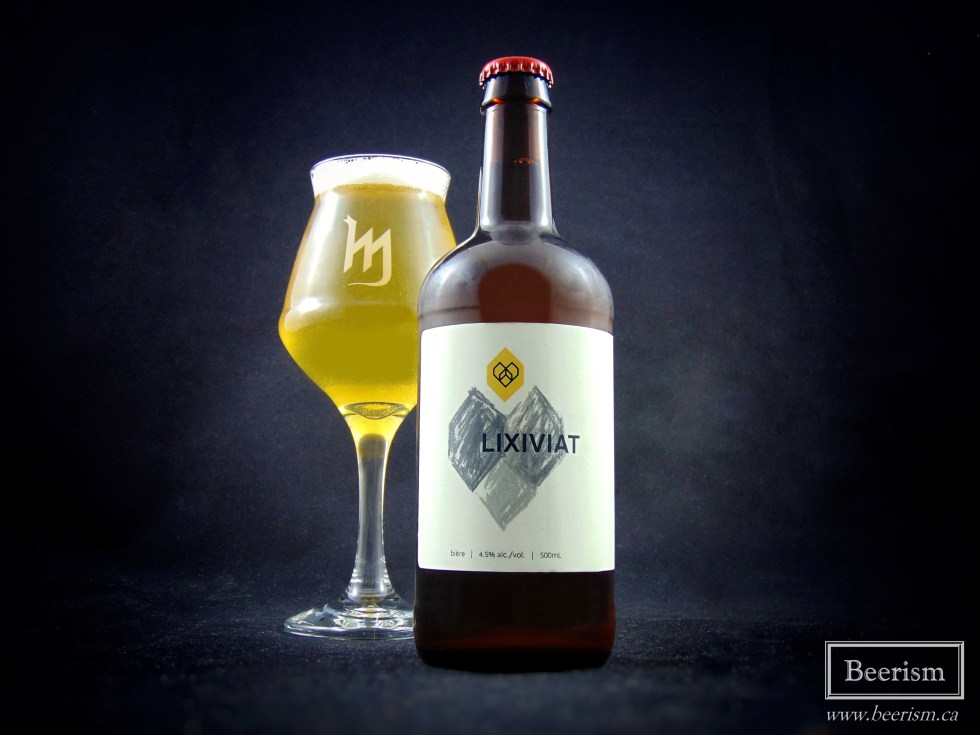 Lixiviat is a 4.5% ABV barrel fermented saison with brettanomyces – I’m damn excited to shove it into my face. It pours out a clear, straw coloured yellow colour, carrying a fizzy and vibrant head that sticks around. The nose is a beautiful mix of barrel and yeast. It’s dusty, with ample funk, but still subtle and refined. Lots of oak compliments light floral honey notes, alongside some citrus fruit and lots of apple. It also smells quite vinous.

Like the nose, this has it all. Lixiviat is dry, carrying bold tannins mixed with oak; finishing with lots of wild phenolic complexity. The brett character is at the front, throwing musty basement and general dustiness at me, but the cider-like fruit profile is right there as well, full of soft pear and apple, as if covered in extremely floral honey.

The finish is bold, with a very dry and tannic bretty phenolic finish that carries a bit of astringency, cutting through this subtle beer with a weighty punch. As soon as the beer hits my palate it is gone. It’s clean, but there is lingering oak, leaving you wanting another sip. This is one of my favourite beers from Memphré to date, and oddly I’d say it’s the least balanced. Bravo!

Once again Memphré has produced some deliciously balanced, yet still robust and potently flavourful offerings. They seem to create beers that are modern, but feel simple and extremely complex at the same time. It’s always a pleasure and an experience drinking their beers.