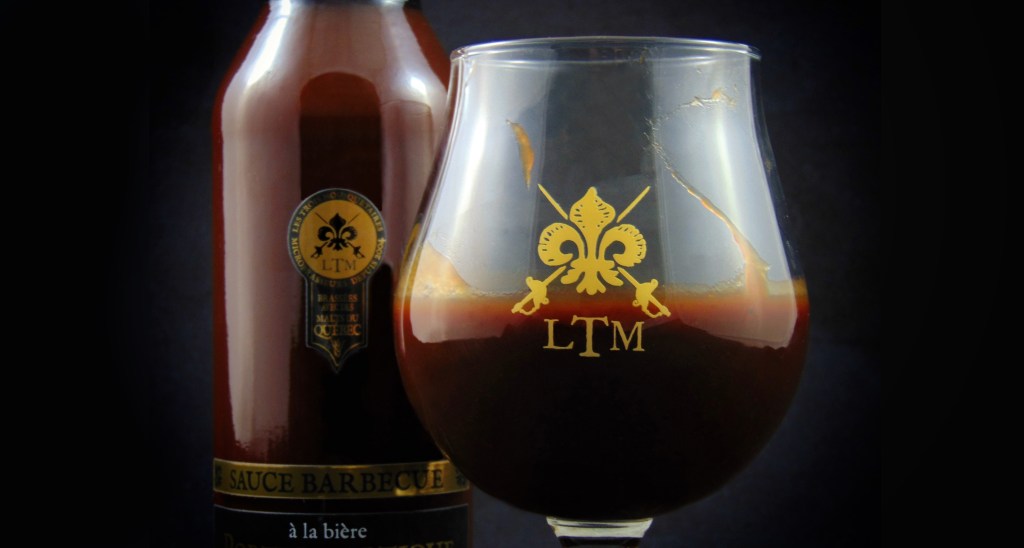 Back in December, Les Trois Mousquetaires had their annual Double IPA Bottle release. It was delayed a few months, but thankfully it still happened! On the same day, they released a brand new bottle in their Baril D’exception series; an Islay Scotch barrel aged version of their Baltic Porter. I’m not much into smoked beers, but I adored this variant. That being said, there was a third beer released that day, and until now I hadn’t had a chance to try it. It’s called  “À la Bière Porter Baltique et au Bourbon.” Unfortunately there are no more bottles left for sale, but you might be able to get your hands on one through trades. 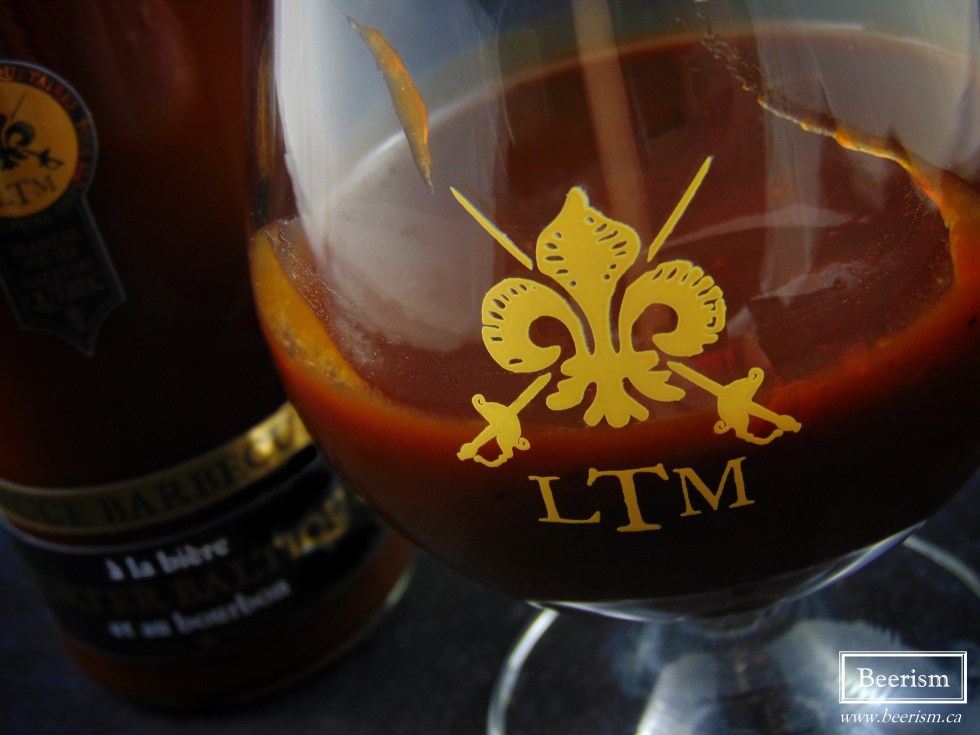 Honestly, although it mentions Baltique Porter and Bourbon on the label, I wasn’t sure what kind of beer this actually was. Maybe a blend of some sort, involving bourbon barrels? Sadly, my French isn’t very good, so I can’t read the back of the bottle, and I wasn’t going to simply guess. So, I decided to reach out to the man behind this new beer: Alex, head brewer at Les Trois Mousquetaires.

Beerism: Alex, can you tell me a bit about this beer? Why did you choose a clear bottle? The colour isn’t typical either. Is it barrel aged!?Can you fill us in?

Usually Alex responds at length, and in English. I was confused.  I tried using Google transate to understand what he said, but all I got was:

I’m thinking it means that I should drink it in a some kind of thick rimmed chalice, but I don’t know who or what tabernack is and why we should “see” it. Maybe he’s going to check with his colleague named Tabarnack and get back to me? Anyway, that went nowhere so I needed to move on.

As I wasn’t able to get much from Alex, I decided to ask some of my francophone friends. All I got in response was “you should probably just leave the province already.” I certainly could use a vacation, but I’m not sure why this is relevant here.

I pretty much hit a wall trying to get details on this new beer, so I figured I’d just drink it already! I popped the enlarged twist-off cap, and started pouring it out. This is the thickest beer I’ve ever seen! I needed to gently tap the back of the bottle just to get it into my glass. The lacing on this is crazy, it’s got legs that seem to last forever.

À la Bière carries a dark reddish brown colour, holding no carbonation whatsoever. The nose is bizarre. Firstly, I’m hit with a bunch of acetic notes, which makes me wonder if he was going for a Flanders Red meets a Baltic Porter type thing. However, right after that, I’m getting what seems like onion, garlic, and beef, mixed in with light smoke. Maybe I’m wrong, but there are some tomato paste aromatics coming through as well. As it opens, the dark roasted malt notes and bourbon come through as well, balancing the nose overall. It also smells funky, but not in a brettanomyces fermented kinda way, more vegetal.

On the palate it comes off sweet, like really sweet if compared to LTM’s other beers. The mouthfeel is intensely thick, without any effervescence to be found. Again, I’m getting garlic, onion, and tomatoes, however the bourbon and brown sugar notes really help balance this out, making it quite enjoyable to drink. Sweet cherries and molasses also come through, adding more sweet cloying layers to the beer.

Although there doesn’t seem to be an ABV written on the label, it’s very rich and robust, so I’d recommend taking it slow with this one. Maybe crack it open by the fire, on one of the last cold nights we have left, wearing your favourite LTM cologne. Also, you might want to pair this with food. I think something off the grill would be nice, or even pulled pork.

A farcicle by Noah Forrest