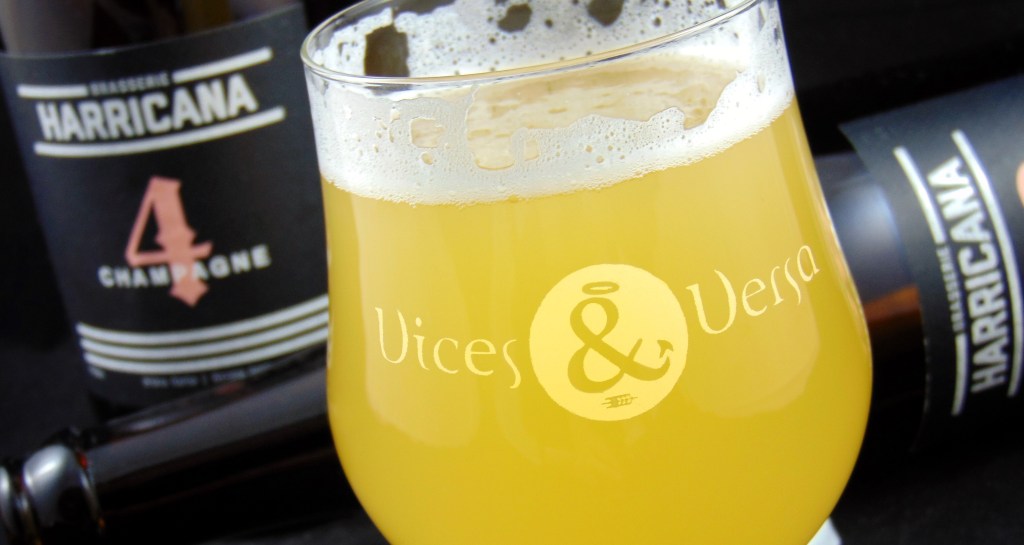 By nature we are competitive. Some more than others of course, but our natural affinity towards competition manages to shape our lives in many ways. It has certainly shaped our economy. Businesses often grapple with one another, each trying to stay ahead of the other while generally viewing their peers as an enemy to be squashed and destroyed. This cold approach seems to encompass all forms of business, with greed as a motivator for us to push forward and work harder. 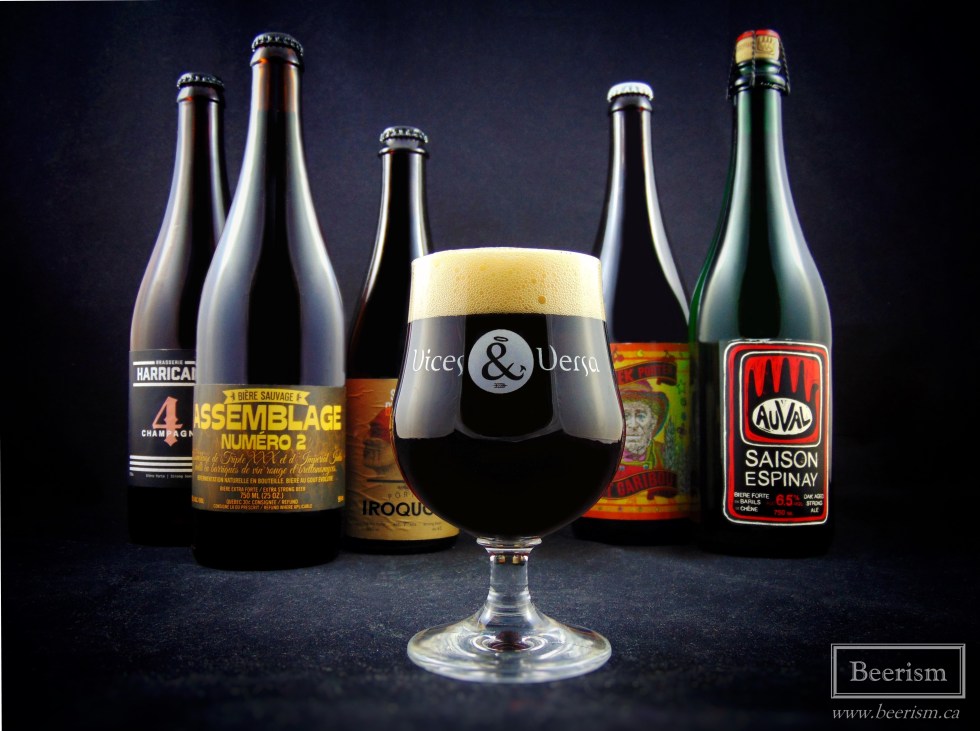 That being said, it doesn’t need to be this way all the time, and I think the modern craft beer industry is a testament to this. The craft beer scene is about community, and this notion of community often spills into and shapes how breweries and beer-bars operate. Many of the brewers and owners know each other, they may have worked together, and could be friends. Even more importantly, instead of hoarding information in order to stay ahead of the competition, many collaborate and share their experiences and techniques, which ultimately improves their products. This increases demand and eventually makes everyone more money. Collaboration, or lack thereof, can make or break a beer-town. It drives innovation through cooperation instead of competition, and it gets the customer wanting more.

The concept of collaboration and community is what Montréal’s infamous beer bar Vices&Versa wants to celebrate with their 13th anniversary party this year. For your drinking pleasure, they have set up several collaborative beers, from some of Québec’s finest brewers. The party is Saturday, February 4th, starting at noon. Details are right here.

Last week I had a chance to step away from fatherhood life for a couple of hours. I went to Vices&Versa to meet with their in-house sommelier, Yan Lortie; we were meeting in order to discuss the upcoming anniversary party. First off, I needed to know what a sommelier’s job was like at a beer bar, because I kind of wanted to tie him up and steal it from him. Yan takes care of everything booze-related in the bar, like setting up the menu, ordering new kegs, setting up events and conferences, managing staff, writing social media, etc… He’s a busy guy. 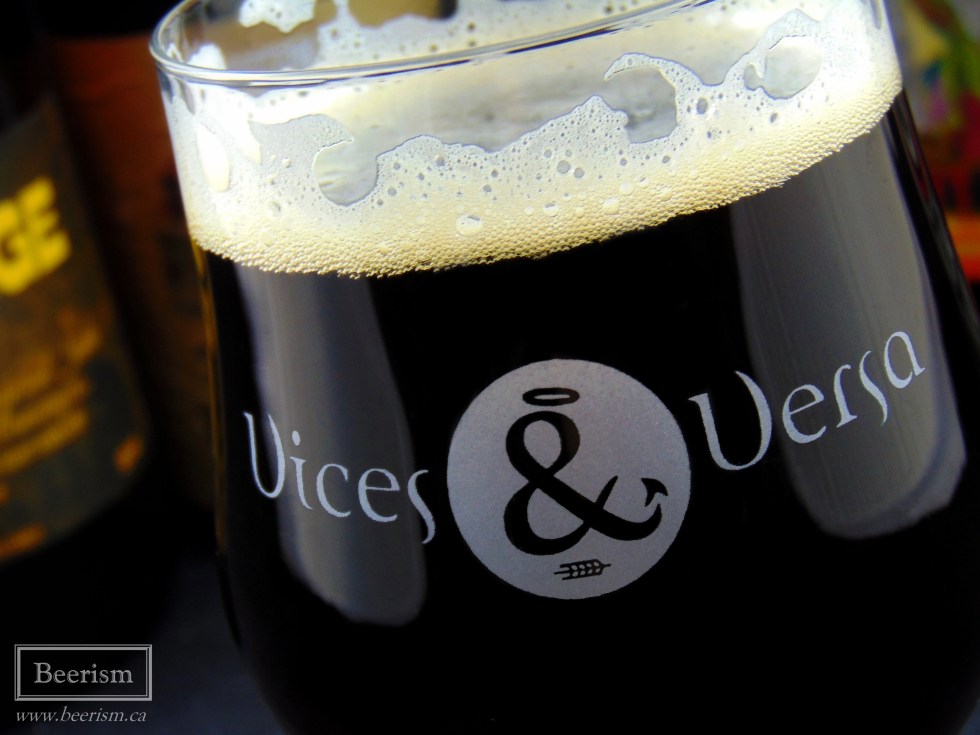 Yan studied and graduated from La Cité Collégialle in Ottawa. Outside of his full time job at Vices&Versa, he runs workshops on beer, with a particular focus on educating people who are new to this lovely beverage. His eyes lit up when talking about introducing new flavours to people for the first time. I can totally relate to this as there is a special kind of arousal I get when pouring a fruited Berliner Weisse for someone for the first time and their eyebrows almost jump out of their face. “Beer can taste like this!?” Yes, yes it can.

Anyone who’s a knowledgeable beer geek can run their mouth off about mixed fermentation and hop varietals, but what’s far more challenging is taking that information and disseminating it to a group of inexperienced people in a way that is interesting and fun. This is what Yan does, and my impression from the time I spent with him, is that he does it quite well.

In previous years, the Vices&Versa anniversary parties concentrated on local offerings, but the incentive for patrons was to bring in kegs and bottles of rare imports, like Jester King, Cantillon and so on. This year they will still have plenty of surprise rare imports (like Cantillon 50n 4e!), but Yan wanted to celebrate the importance of local beer, and the idea of collaboration between fellow Québec brewers – especially those in the neighborhood. 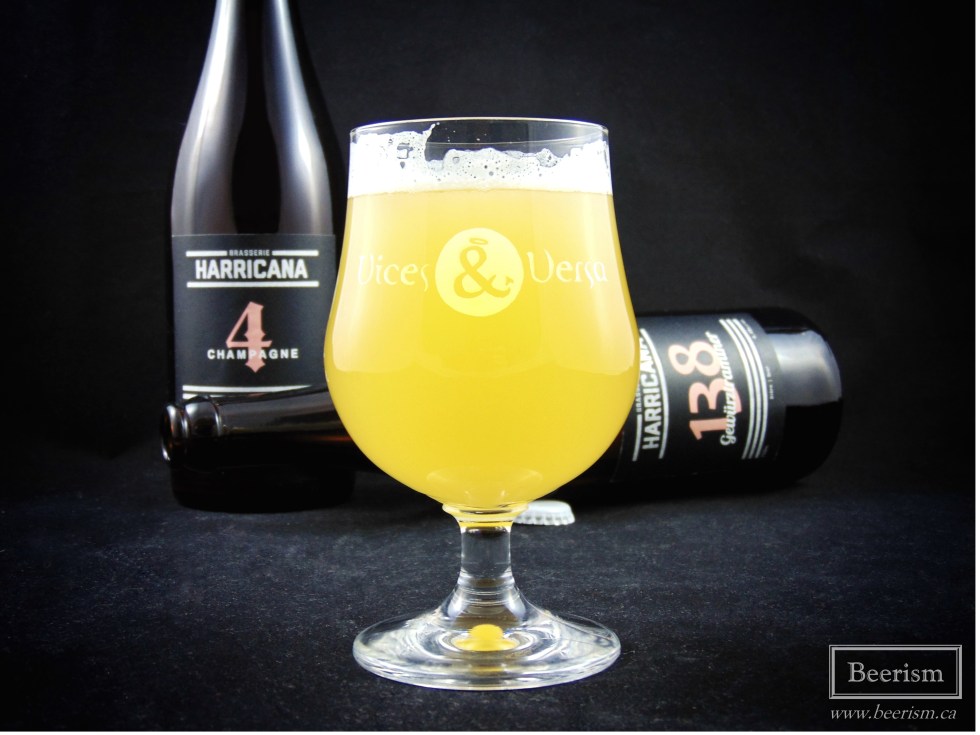 Here are some of the collaborative beers we can expect to taste:

Saison Épautre. Saison made with spelt and a bunch of motueka hops. Collaboration between MaBrasserie and Vices&Versa.

Auval/Pit Blend. A blended sour composed of 65% of a Microbrasserie Pit Caribou beer and 35% of a Brasserie Auval beer. The blend is lightly acetic, with some herbal and earthy notes.

IPA Allemande. Based on a Kolsch and ridiculously hopped with trendy German hops, like Hallertau, Hallertau Blanc and Mandarina Bavaria. 5,1%. Collaboration between Vices&Versa, Microbrasserie L’Hermite and The Wild Shack. 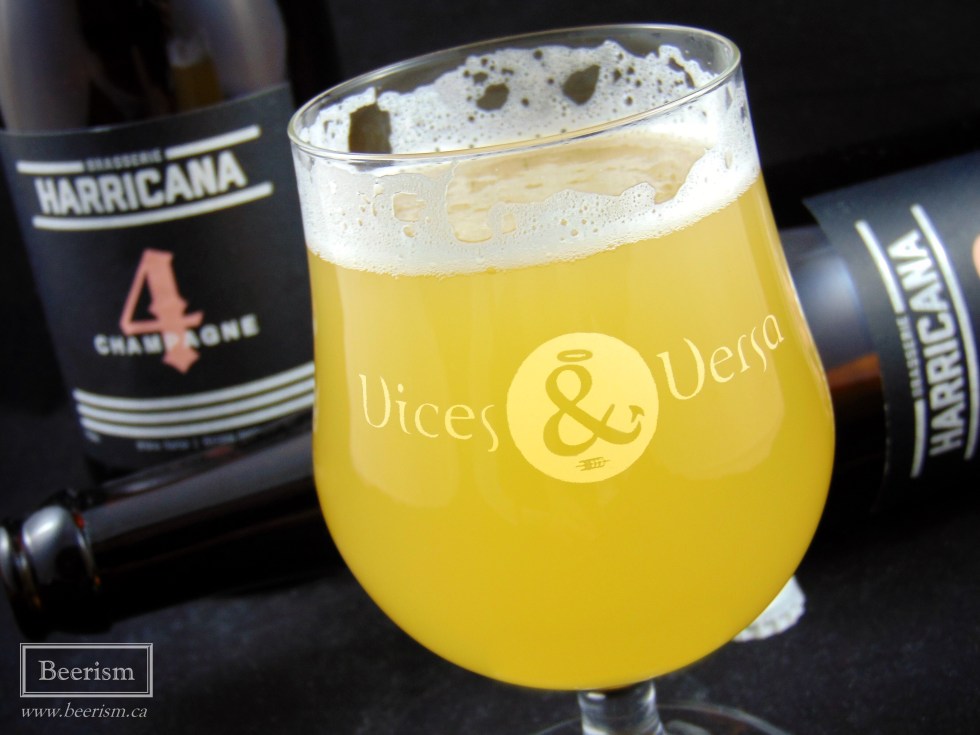 I can’t write an entire beerism post without drinking beer! So, I managed to get a growler of one of the collabs in order to tell you all about it! 4749 -Bières de Route is a session beer at 3.5%. It’s Made with 40% oats, alongside a big load of Saaz hops and fermented with champagne yeast. This is a collaboration between Brasserie Harricana, Isle de Garde, and Vices&Versa. Its name is based on the number of days that Vices&Versa has been opened.

It pours out bright yellow and extremely foggy. The nose wafts huge citrus aromatics, with underripe tangerine and lemon at the front. Earthy yeast phenols lend some spicy aromatics, while the German hops blast my senses with bright herbal and grassy funk.

For a beer this low in ABV (3.5%), it’s quite round, with a robust body and a nice full finish. Like the nose, citrus fruits are at the front here, with more of an emphasis on clementines and tangerines, alongside some lemon in the background. The herbal German hops add nice layers of spicy goodness alongside ample bitterness, however are not so aggressive that they overshadow the more delicate components.

There is a nice yeasty phenolic profile that compliments the earthy Saaz hops really well, while the lemony notes lend an amazing freshness, tying everything together in a perfect little bow. Given that this beer is 3.5%, this is wonderfully well balanced and flavourful, while of course being crazy sessionable at the same time. What an awesome beer.

The more I’m entrenched in the Quebec beer scene, the more I realize how interconnected everything and everyone is. Besides the obvious, like talent and crafty entrepreneurship, I’m pretty convinced that so much of the success of this business is based on the cooperation and collaboration between the brewers and owners of these fine breweries and establishments. I truly hope that this ability to work together in order to create and improve never gets overshadowed by the traditional and stereotypical capitalistic framework.

So, with that said, celebrate collaboration with Vices&Versa this coming Saturday. Details again are right here. And, for those also attending the Dieu du Ciel! Party, I hope you’re able to make both.