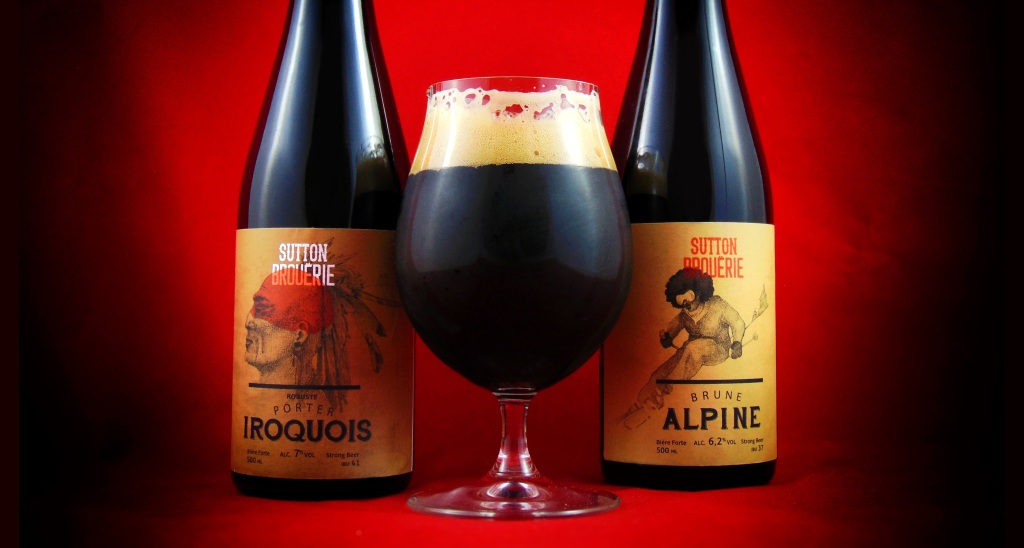 The moment you walk into an establishment, you immediately get hit with a vibe. This feeling can be intense or subtle, uncomfortable or inviting, even boring or lively; but nevertheless, you always feel something. It’s a somewhat indescribable human feeling that seems to be important for sussing out an environment. And when a restaurant manages to tap into these emotions to make you feel comfortable, you automatically know that you’re where you should be in that given moment.

As my partner Genee and I entered Auberge Brouerie Sutton, I immediately felt a comfortable and lively warmth. Every single person who worked there made eye contact and said hi, even if they were extremely busy. Being part of a generation that grew up going to Blockbuster Video, we are certainly used to this custom. However, the difference here is the intention behind the person who is greeting you. Those Blockbuster kids worked for a faceless corporation that, on the surface, tried to peddle customer service like some kind of cheap pimp. None of those “hi’s” were genuine, because they didn’t come from anything genuine. I know this because I worked there for seven years. In the 24hrs we spent at the auberge, it became pretty clear that the staff cared and loved what they did. It makes all the difference for not only the first impression, but the whole experience. 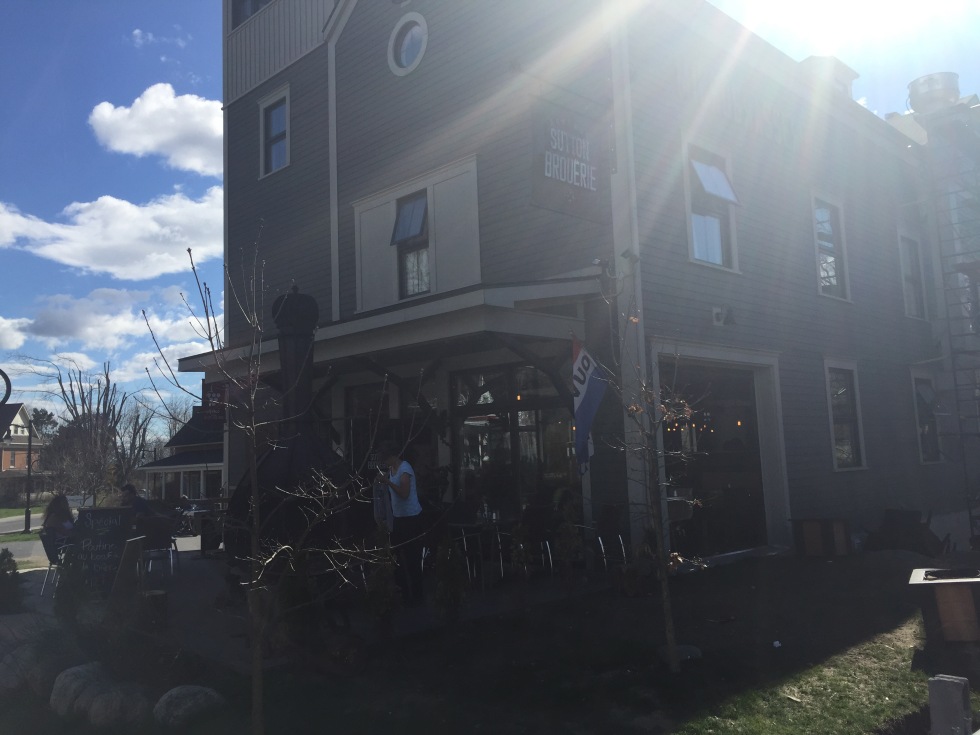 For those unaware, Auberge Brouerie Sutton is, well, an auberge in Sutton. However, it also happens to be a great bistro and an amazing brewery at the same time. It’s run by four partners, one of whom is Pat Roy, whose experience running his own businesses, as well as being a brewer for Brasserie Dunham, led him towards this new project.

After we arrived and checked in, we walked the streets popping into various shops, sucking in the local vibe. Sutton is certainly a tourist town, but it also seems to hold a solid base of eastern township locals to fill it; especially when there are amazing spots like Sutton Brouerie to excite people. The wandering only lasted for so long before I convinced Genee that I needed to fill my veins with all kinds of bretted beers.

Bretted beers? Yes, what I’m referring to here is the wild yeast strain called “brettanomyces,” which Pat uses to brew ALL of his exceptional libations. Brett is something that’s very much talked about but often misunderstood. I think this partially comes from the misconception that it somehow imparts sourness in a beer, which is certainly not the case – at least not how people think it does. Now, in certain conditions brett can produce acetic acid when exposed to a lot of oxygen, but generally that’s not the case. Rather, brettanomyces is often coupled with beers that are highly acidic because it can tolerate the more volatile environment. Brett itself is more responsible for the earthy, funky, and “farmhouse” aromatics you find in certain beer styles. However, even then, these potently funky and often bizarre flavours are more prevalent when brettanomyces is used as a secondary fermenting yeast. When brett is used as a primary yeast – as is the case for most of Brouerie Sutton beers – it is far more subtle. These 100% brett beers instead carry a beautiful bouquet of fruity esters, with a slight mineral earthiness, and some restrained phenolic “funk.” It also attenuates more aggressively, leaving a far drier overall beer.

I have a not-so-secret love affair with this magical yeast strain, so it was definitely time for me to drink. We grabbed a seat on the back terrace, which overlooked a small stream on one side, and Pat’s gorgeous new brewery on the other. Yep, I was content. I ordered samples of all ten beers he had going that day and went to town. They were all great, but many were simply stellar. As I was about two thirds through them, Pat joined us and we got to chatting. Apparently this guy is a jack of all trades. He used to build high end staircases, then was a photographer with his own studio, then he became a brewer for Dunham. Now, he wields brett like a master in his bran-spankin’ new brewery, making some of the more interesting and downright fantastic beers in the province – and he’s just getting started. 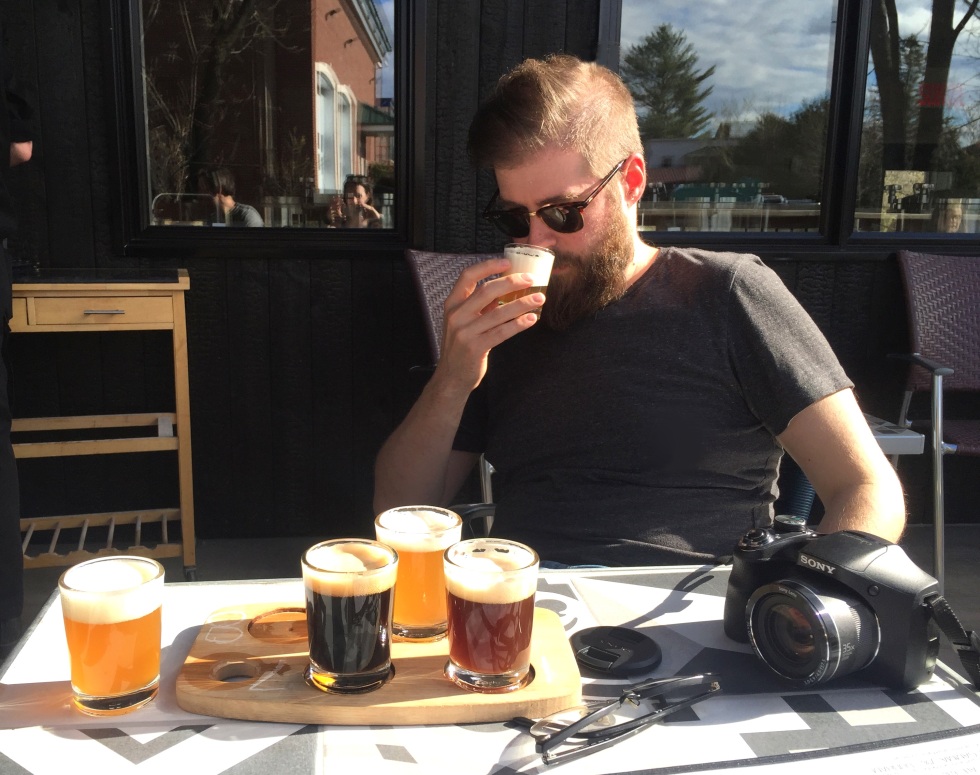 The rooms at the auberge carry modern flair, but hold a nice coziness at the same time. The restaurant offers an amazing modern rustic menu that doesn’t disappoint. We happened to be there for the launch of their brand new brunch menu, and I have to say, it was one of the best breakfasts I’ve ever had. Every component of my plate was made by hand and made with love, down to the bread, which was made with brett. Yes, that’s right, brettanomyces bread! The whole time we were there, we were treated with warmth and kindness, really making us feel welcome.

Auberge Brouerie Sutton is an auberge, a restaurant and a brew-pub, but they also bottle and distribute beer in Quebec (they sell bottles to go at the auberge, in case you were wondering). After touring Pat’s sexy brewery, I picked up some samples to bring home and write about. I figured I’d give them the usual Beerism analysis. 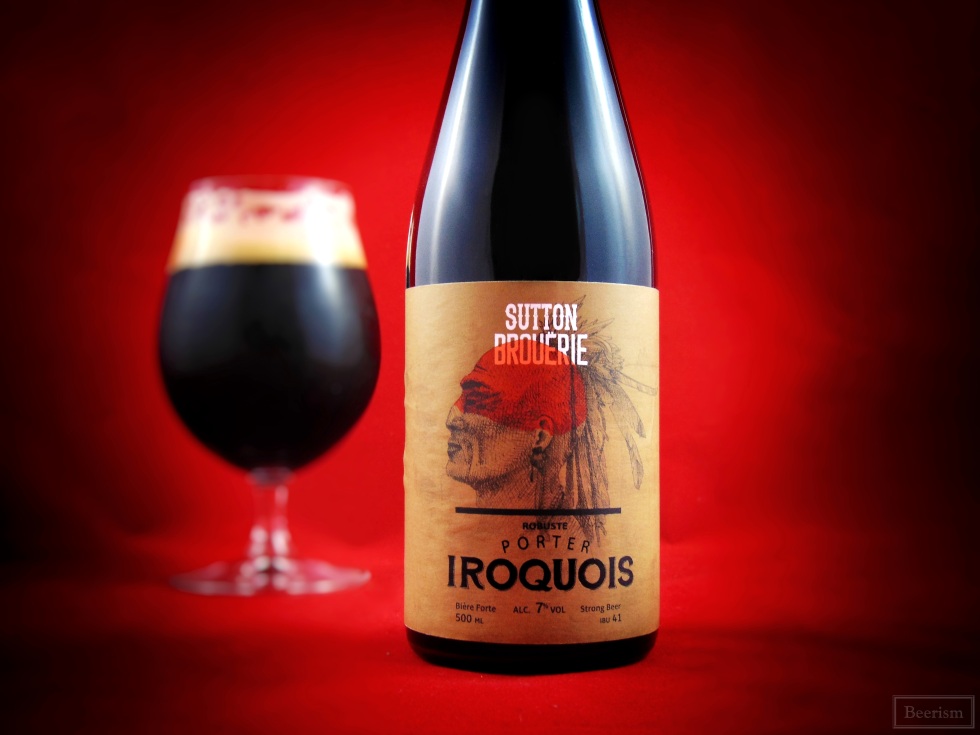 Bretted Porters are not particularly common, but I tend to love them when I get a chance to shove one into my face. So let’s let’s try this one! It pours out black, with a frothy tanned head that sticks around. The nose throws all kinds of fruity blackberries at my senses, alongside deep dark chocolate and espresso. The brett is apparent, but not dusty or particularly phenolic. Instead, it’s the fruity esters that take hold of aromatics. There is a chocolate vanilla milkshake thing happening. Wonderful.

It drinks with a brilliant velvety smooth body, that’s creamy but light on your palate. There are loads of deep chocolatey delights that echo dark roasted coffee. The finish is bone dry, carrying ample hop bitterness, but without being particularly resinous. Subtle hops do play a role though, lending some nice fruity elements, which alongside the bretty  blackberry flavours, make for a lot of fun fruit complexities. There isn’t a particularly bitter finish here, instead the dryness comes from the brett, which tears down any sweetness that the body held. I LOVED this beer. 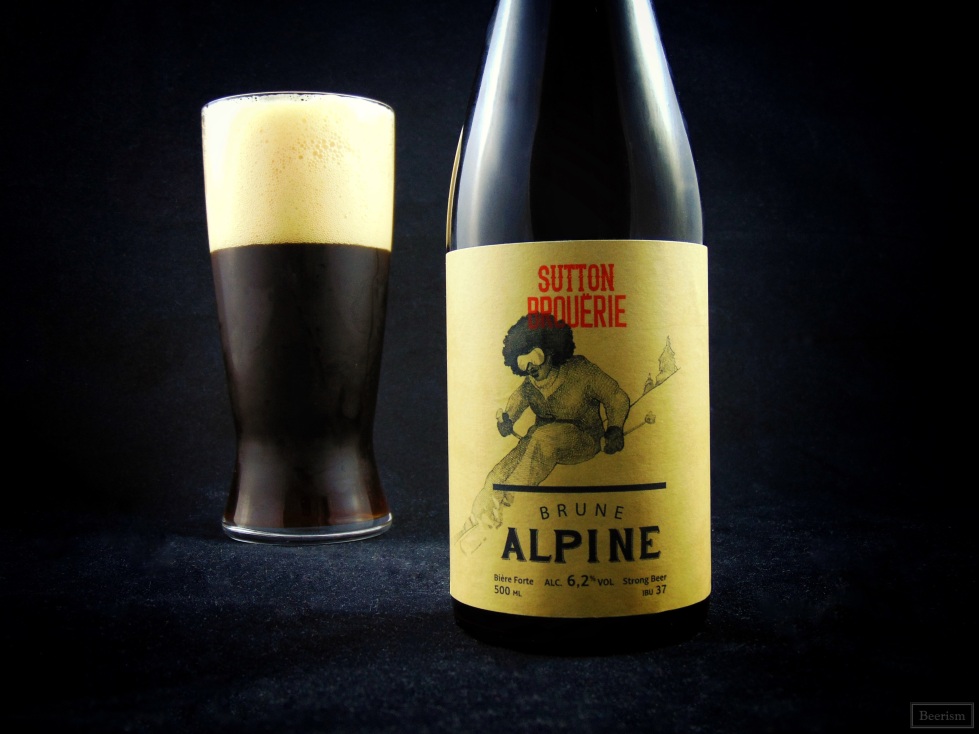 American brown ales are a style that, in my opinion, aren’t brewed enough around here. I love the dance between malty caramel flavours against a potent hop zestiness. And, brewing one with brett is even more interesting, with the potential for all kinds of deliciousness.

The flavours match the nose. It’s beautifully hop forward up front, with loads of pine and citrus, alongside some dank grassy flavours. This is further complimented by the robust malt base, adding bready layers and lots of toasted grain, with caramel and dried fruit essences. Of course though – as is with all Sutton beers – it’s incredibly clean and crazy-ass dry. Pretty much perfection.

The fruitiness starts to further emerge as it warms, carrying lots of black cherry and strawberry. The finish is dry, with beautiful tannic bitterness and lots of hop resins. Nothing is aggressive and everything is balanced to perfection. Probably my favourite American brown, ever? Maybe.

So, if you’re looking for a comfortable, inviting place to stay, that also has an amazing menu, this alone might make you want to hit up Auberge Brouerie Sutton. However, throw in the fact that they also just so happen to probably be the most important new brewery in this province (in my opinion), then it’s official, you’re going.