Every few months — and sometimes not even that long — Mike Lackey and the team at Great Lakes Brewery drops another brilliantly canned IPA on the Ontario beer scene. In the past these Toronto releases were brewery-only, with limited availability. That’s still the case with some of their beers, but I’m very happy to report that we’ve recently seen two canned hop masterpieces make their way to LCBOs around the province. First was “Lake Effect.” And now the previously elusive “Octopus wants to fight” was recently on shelves. On top of all that, “Robohop” (an Imperial IPA) had a brewery-only can release and a province-wide bottle release.

IPA’s for everybody! Hoorah! 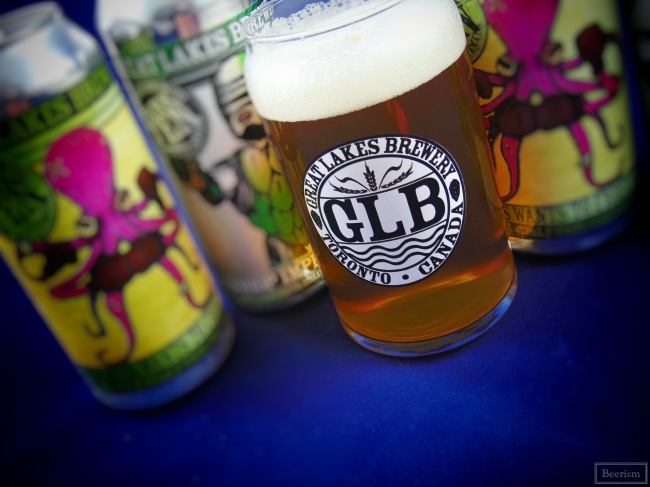 Some might think, “Who cares?” Well, fair, it is just beer after all. But then why are you reading a beer blog? The reason I care so much is because brewmaster Mike Lackey wields hops like a green-thumbed Gandalf. I want the beers he conjures up to be systematically shoved into my face — balls and all. It also helps that, as a Montrealer, the price point for these cans are amazing. One-off IPAs in Quebec can can cause you to break the bank, but these bad boys retail under $4 for a 500ml can, tax included!

That being said, you still might be wondering why I’ve written so many Great Lakes Brewery articles lately. Well, have you tasted these cans of enlightened hoppy deliciousness? If you have, you wouldn’t be asking such questions. So, when I got some samples of RoboHop and OWTF (yeah that’s right, I’m cool enough to create acronyms), I started drinkin’ and writin.’

“Our pet octopus is a bit of a jerk.
He’s that guy who has a couple then either tells you how much he loves you or threatens to fight you.
So we brewed this IPA, with 8 varieties of hops and 8 types of malt. We targeted 88 IBU and 8.8% to appease him.
Sadly, when he found out that we’d fabricated all of the above info, it only made him more volatile.
We are starting to realize that Octopus was a poor choice for a pet.”
– GLB

Octopus wants to Fight first came out about a year ago. It was a brewery-only release, and sadly I didn’t get to try it. At the time I cried hoppy tears as I wasn’t sure if I’d ever get a chance to suckle upon its luscious bitter tentacles. I didn’t know that in a year this sexy IPA was going to get a province-wide release. So when that happened, I quickly got my panties in a bunch.

OWTF pours out a kind of burnt-orange colour; a bit darker than some of their other IPAs, but nothing over the top. The aroma burst forth loads upon loads of dank hop funk, coupled with a massive citrus explosion. Earthy and grassy aromatics lend a certain morning garden experience, while zesty tropical fruits — like melons and mango — dance in the background. 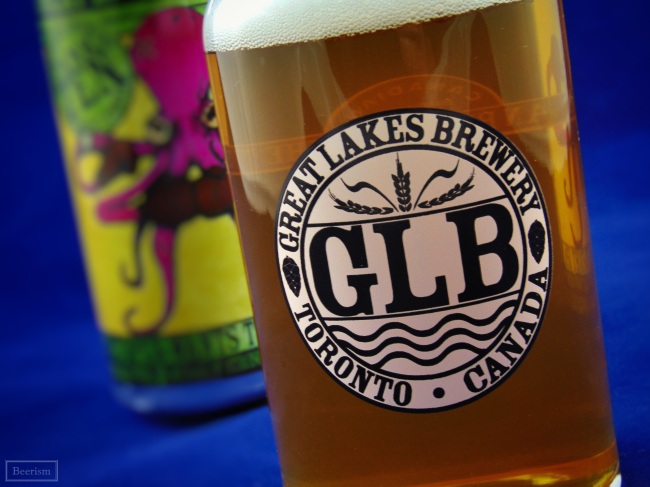 The flavours match the nose, with a dank hop funk that launches freshly cut grass flavours at your senses. The finish is long and complex, with an aggressive bitterness that has an earthy dryness to it, echoing the fruit that preceded it. This resinous IPA is less fruity than many of their other offerings, concentrating on a herbal grassiness and the dank components of the hops. That being said, it’s still a bit juicy, with strawberries and mango poking their heads in to say ‘Hi’. There is no discernible sweetness whatsoever, with a minimal malt component. Yet the body is still robust, and doesn’t carry any wateriness.

“As a child, RoboHop was shunned for his laser beam eyeballs, bulbous hop-shaped torso and robotic limbs.
During adolescence however, things changed for our hero. He captained his high school hockey team, routinely took over dance floors, and thusly, garnered a lot of attention from female classmates.
Today, RoboHop battles blandness by making this killer-hoppy and bracingly bitter beer.
Suffer.”
– GLB

My first experience with RoboHop was a few years back. When I cracked the can, I was immediately transported to some kind of hoptastic wonderland, where I stood by helplessly while a troop of dancing tropical fruits gently massaged my tongue. I enjoyed it.

A few other releases have come and gone since then, and although still stellar, none have had that exact same effect on me. Could be my palate, could be something else, who knows.

RoboHop 2016 pours out a golden-orange colour, with amber highlights. There are lots of caramel malts on the nose, mixed with citrus, caramel candy and a big grassy explosion. Pine, coupled with a slew of earthy and dank hops also start making their way up my nasal cavity, while grapefruit rinds quickly take over, solidifying that citrus knock-out punch.

On the flavour spectrum, strawberries are at the front, dominating the fruit profile with a zesty “fresh off the vine” flavour. This is mixed with a caramel component that lends sweeter complexities to the general profile. It has a big body, lending some maltiness, which is coupled with fruity tropical hops, and a bitter tangy finish that rests on your palate with a long resinous linger. The bitterness rests there on the back of your tongue, leaving a delicious bitter coating of grapefruit rinds, pine and citrus on your palate. It’s kind of like being punched in the mouth with a set of brass knuckles forged from hop resins, marmalade and lemon confit. Although rich and on the maltier side, RoboHop has a balanced and great dry finish that rounds everything out quite nicely.

I really should have blended these two beers in order to create “Octopus wants to fight RoboHop.” Damn, next time.

GLB is really pumping out some beautiful IPAs. With wider and more frequent releases, there are going to be that many more happy hop heads dancing around Ontario. I’m not sure what new type of hopped deliciousness Mike Lackey is working on next, but I’d love to see a brett pale ale or IPA in the future. A boy can dream.

If you have any feedback, or simply want to send me beer, fill out the below contact form!

← Tooth & Nail Brewing Company – Rediscovering the Basics with One of the Best Breweries in Ottawa Dieu du Ciel! Gives us Two Brand New Spring Beers to Session and Savour →