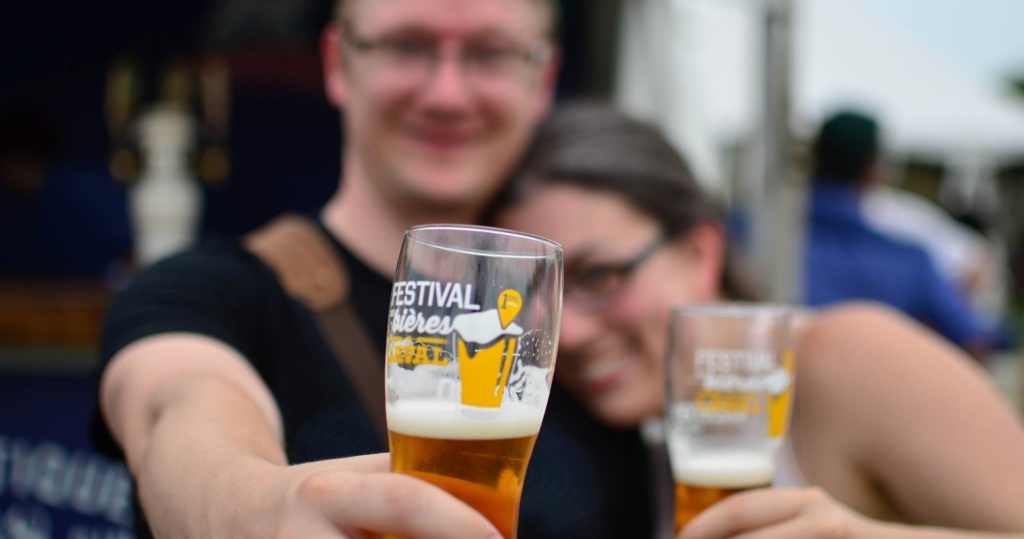 The first edition of Festival des Bières de Laval was held this past week-end at the picturesque Laval Nature Center. Showcasing the Quebec craft beer scene, the event attracted 200 types of beer from 30 different breweries, spread across 60 kiosks alongside local ciders, spirits, and food. 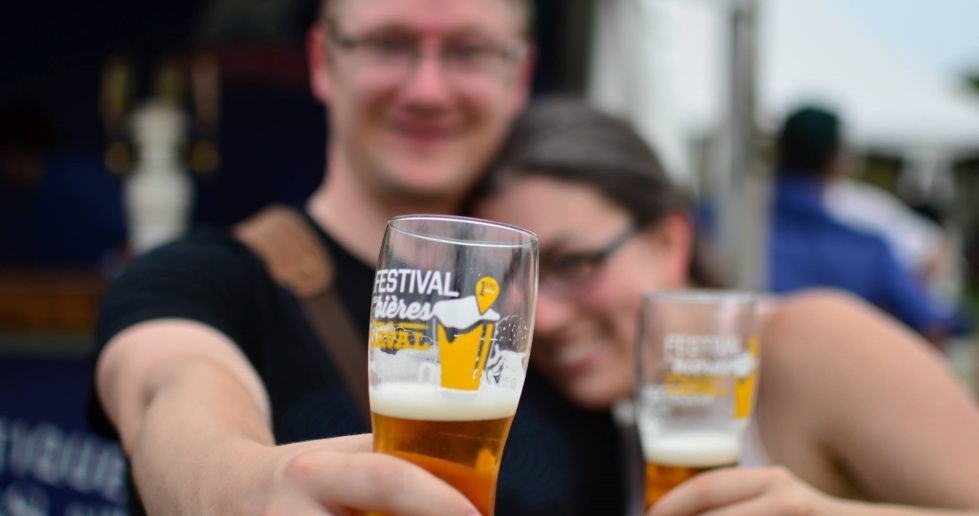 While there are still five big beer festivals left this summer, this one had the makings of being the best located in terms of setting, with a beautiful, lush green space. In terms of practicality, the only downside was that if you planned on tasting a lot, public transportation to the park was not easy to get to. The Nature Center was a 20 minute bus ride from Cartier metro station. However, Laval services an untapped market for craft beer. If you’re from the Laurentians, the location could be easily reached by car and, there was plenty of parking.

The festival was the brainchild of Marilene Baral, another strong female presence on the Quebec beer scene. The event was well-rounded to attract as wide an audience as possible, and to spread the word about great craft beer to the masses. Personally, I love beer festivals in the summer. Now, I also love driving out to microbreweries in the middle of nowhere on release day as much as the next guy. In fact, Noah has a nice collection of articles describing the hardest to find gems in the beer world that keep his readers drooling. However, I also think that it’s important to not get too caught up in the collecting and the trading aspects. Brew fests like this one remind you to go outside and get back to the roots of the thing: to just drink great beer and have fun! 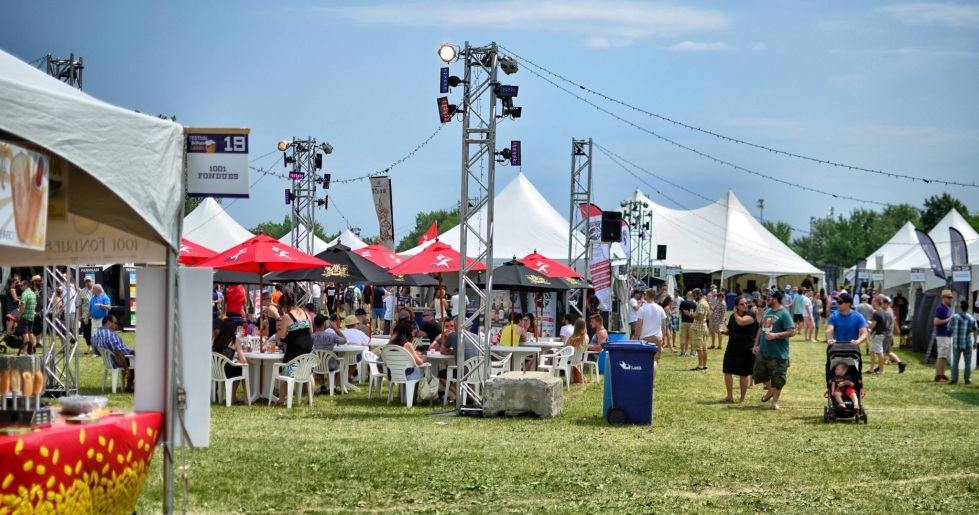 So then, as far as checklists go for what I want in a beer festival, Laval scored well as a venue, especially when considering that it was the first of its kind. It’s fine to have an outdoor element but, you also want festival goers to have something to look at between tastings. While it’s not ideally located to get to by bus or metro, the Nature Center was a picturesque setting, with a beautiful park to walk around in. Perhaps, shuttles could be arranged to attract more people next year.  One thing that they did manage well was to provide plenty of “terraces” for people to sit at in the shade. There were also a lot of good stations to rinse your glass between tastings and food trucks for everyone – even vegans. 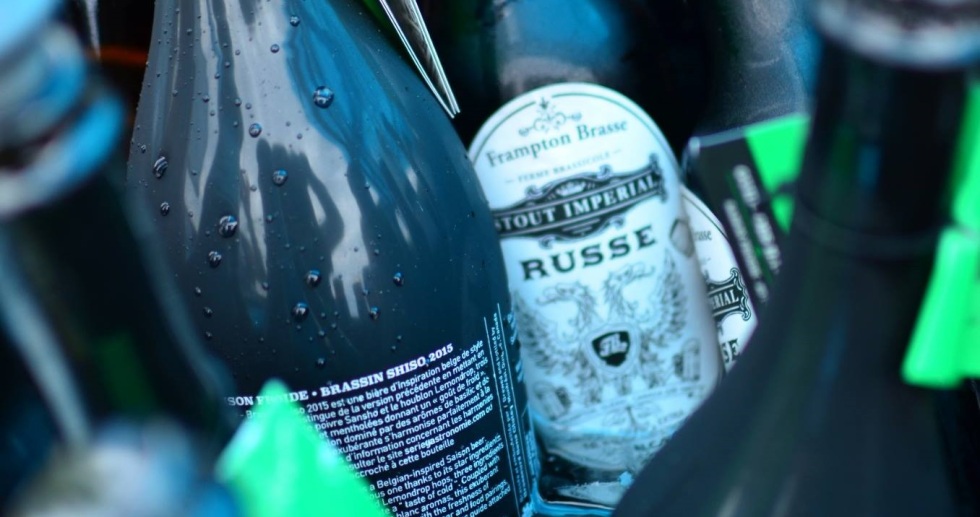 The next item on the checklist, obviously, is something special from the brewers. To stay competitive these days, many brewers are bringing some of their rare beers to festivals to keep the connoisseurs interested. Microbrewery lovers can’t attend every special bottle release, and festivals are a good way to allow everyone to get a taste of new and limited offerings. For my part, here were the standouts.

* Though the website had done a good job to provide a full list of available beers, quite a few tents didn’t have some of their standout beers on the Saturday afternoon we attended.

I think that for any time of year, opening a cask is always an event in itself. I think every festival should have them, it’s tradition! If you’ve ever been confused by the word “cask”, the term refers to unfiltered and unpasteurised beer which is conditioned and served from a cask using only gravity or hand pump. These are known as “real ale” and usually opened to great fanfare among beer geeks. Thankfully, Laval had a few on offer, with Brasseurs Illimites bringing three samples: Berliner Weisse / Pale ale citra/polaris (CASK) – Saison belma (CASK) – Berliner weisse verveine (CASK) and Loup Rouge bringing two: Chenal aux Corbeaux (double IPA dry hop – CASK) – Chapeau Noir (black IPA with coffee – CASK). 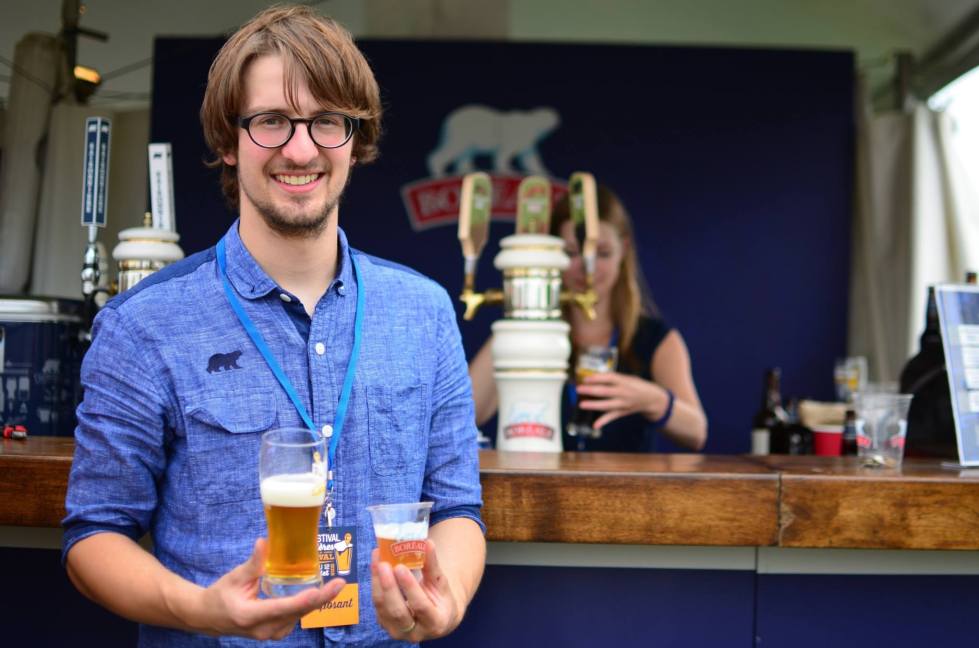 The finally box in my checklist concerns how well the place was set up? In other words, were their stations to rinse your glass, good value and, a good choice of food? Was the space well layed-out to avoid attendees getting bottlenecked? In a word, yes.  One highlight was that rather than have tickets to buy a beer, they opted for cash, which was far easier to manage. Great decision! The pours at each vendor were always generous and the crowds were manageable, creating almost no wait times even at popular brewer’s tents.

Overall, we had a great time at the Laval beer fest. The sweltering heat could have killed it, but there was plenty of shade to be found and some good beers on offer. Let beer festival season begin!

It’s a busy week for bottle releases! Starting today, @canton_brasse is celebrating their 2nd anniversary and is releasing a bunch of new beers including two IPAs, a barrel-aged tripel, a barrel-aged coffee stout as well a collaborative sour saison with @brasserielaferme - you can visit The Canton Brasse page for more details!
@brasseriesilo is dropping three brand new beers starting today, available exclusively at their Ahuntsic boutique. If you like crispy lagers and classic American IPA, you can’t miss this!
@beauregard_micro are dropping some killer stouts as of late and I can’t wait to dive into these recently released big boys. Have you had any? What did you think?
Tune in tonight at 8:00PM EST here on Instagram for the 4th edition of “The Chin Wag”, a bi-weekly four-way beer chat between @baospodcast , @hopsandbros , @nathandoesbeer , and me!
My man Matt from @voxandhops and the infamous @cryptopsyofficial teamed up with @pubbrewskey to create the ultimate metal inspired smoothie, designed to either give you or relieve you of a hangover. This is Brewtal Juice, made with blackberries, blackcurrants, black raspberries, black coffee and dark Maple syrup.
Fragments from @brasseriebascanada is a blended beer involving a barleywine aged for 20 months in Heaven Hill barrels as well as an imperial sweet stout aged in Four Roses bourbon barrels with Ugandan vanilla. The aromatics off the bat are huge on bourbon front, with lots of oak spiciness alongside layers of rich vanilla and cake batter drizzled in caramel.
Tonight at 9PM EST I’m going live on the @baospodcast with @dr3wson from @ktownbrew alongside @getitinyacee and @voxandhops - we are going to crush lagers and IPAs until the we hours of the night. Come join us! Link in the BAOS bio.
@lagabiere just released a big and beautiful line-up of barrel-aged and one off creations. I can’t wait to dive into these!
This sexy black lager from @brasseriegenerale is Mēchanique Soviētique. The nose is roasty and a touch nutty, with lots of coffee and earthiness. Light chocolate meets some herbals notes as well.
Ever wanted the roastiness of a red ale with the juiciness of an NEIPA, and ever wanted to pair that combination with some lasers and somewhat cheesy epic electronic music? Well, me and @overhopcanada have you covered today with Reddish!
This right here is Stout Impériale Russe from @brasserievrooden aged in bourbon barrels.
For those unaware, @alexganivetb first began his brewing career at Les Trois Musquetaires - and while there, he spearheaded the creation of their first Double IPA which at the time was pretty revolutionary for the Quebec beer scene. Folks traveled from all over the province to get what almost seemed like a Heady Topper clone at the time.
Going live with @getitinyacee and Dan from @microlecastor at 8:00PM EST tonight o the @baospodcast YouTube channel. Come join us!
Juice Boxe from @4originesbeer dropped for the first time last summer. It was a contemporary fruited Berliner Weiss with blackberry and lemon - and it’s solid. Well, for their 3rd anniversary, the boys created a 4-pack to celebrate, with four different versions! There is cherry vs cherry blasters, peach vs fuzzy peaches, blackberry vs lemon and finally I popped open the passionfruit vs mandarin...
The @lagabiere core lineup keeps getting larger and larger. What’s your favourite?
@labrossebrewery invites you to “get Fizzical” tomorrow as they launch three brand new beers at the brewery. I haven’t had a chance to dive into them myself, but based on what I’ve had already from their “Labs” series, if you’re into hops, you might want to check it out!
This upcoming Tuesday at 8PM EST, @baospodcast & @nathandoesbeer & @hopsandbros, & myself are going live again on IG for the third edition of “The Chin Wag.” During every episode the four of us will be drinking the same beer and it will always be a beer from the always amazing @5ebaron . This time it’s Mixtape (red), which just dropped in MTL on Tuesday. Come join us, and if you can find some Mixtape, even better! #thechinwag #beerism #5ebaron #baospodcast #nathandoesbeer #hopsandbros
Earlier in March @brasseriedieuduciel held their 2021 “Marché de Bières”, where they released a ton of barrel-aged offerings for folks to pre-order and pick up on location. Among the list were lots of returning favourites as well as some interesting new blends. I was able to procure some bottles, so more to come on this awesome line-up. What were you most looking forward to?
Mixtape! Mixtape! Mixtape!
This here is Gotlandsdricka from @livingstonebrewing - a Sweden inspired farmhouse ale, brewed with smoked malts and herbs. It’s also their flagship beer, which is kind of awesome.